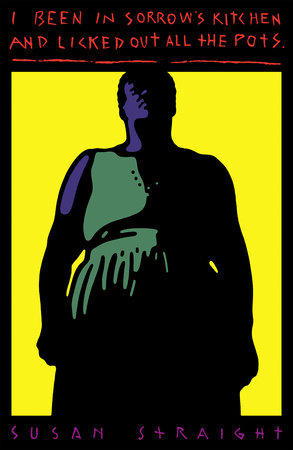 I Been in Sorrow's Kitchen and Licked Out All the Pots

“Straight’s portrayal of a black woman’s life is nearly miraculous in its astonishing richness of detail, its emotional honesty and its breadth of human thought and feeling.” —USA Today

Evoking the Gullah–speaking 1950s community of Pine Gardens, South Carolina, I Been in Sorrow’s Kitchen and Licked Out All the Pots follows Marietta Cook, a maid with a growing interest in the civil rights movement, as she raises talented twin boys destined for pro football glory and comes to find peace in an often unjust world.

Imbued with extraordinary resilience and joy, Susan Straight’s debut is a celebration of an extraordinary soul and a novel with a beautifully vivid sense of place. 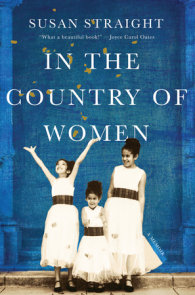 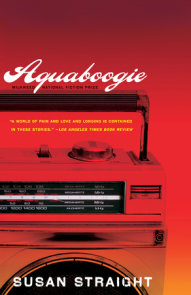 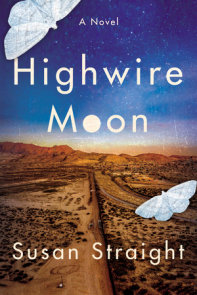 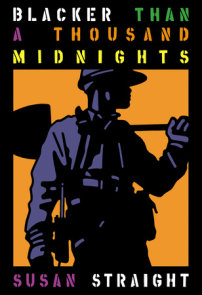 See all books by Susan Straight

“Straight’s portrayal of a black woman’s life is nearly miraculous in its astonishing richness of detail, its emotional honesty and its breadth of human thought and feeling.” —USA Today

“Elegant . . . As monumental as the tall, taciturn woman whose life it traces.” —Publishers Weekly

“How long has it been since I stayed up until four in the morning to finish reading a book? The self–contained, compelling world presented here, accessible though so very strange, belongs to its unforgettable heroine.” —April Bernard, New York Newsday

Praise for In The Country of Women

“With stirring details and delving perceptions, Straight chronicles the repercussions, generation after generation, of enslavement, Jim Crow, and immigration, as well as rape, murder, grueling work, and single motherhood, while tracing the journeys of the women in her clan to Canada, Mississippi, Arkansas, Oklahoma, Colorado, Arizona, and, finally, gritty, multicultural Riverside, California, Straight’s hometown. As Straight braids her three daughters into this deeply affecting saga, she maps her path to becoming a writer, encouraged by her mentor, James Baldwin, and profoundly inspired by her mother–in–law. Ultimately, this is a ravishing and revelatory celebration of womanhood, resilience, family, community, and America’s defining diversity.” —i>Booklist (starred review)

“A moving memoir. The narrative is framed as a letter to Straight’s three daughters—Gaila, Delphine, and Rosette—whom Straight shares with her ex–husband Dwayne Sims, and honors the daughters’ rich ancestral past through stories of female relatives struggling to overcome violence, oppression, and hardship . . . Straight passionately illuminates the hard journeys of women.” —i>Publishers Weekly

“Susan Straight’s In the Country of Women is an American epic about what the United States could be and in fact already is for so many people like those of her extended family. Straight’s kin—by blood and by choice—embody the complicated, painful history of this country and its tremendous, hopeful diversity. This is an enriching, inspiring, and moving account of how a writer chose her family and her destiny.” —Viet Thanh Nguyen, author of The Sympathizer

“What a beautiful book! In the Country of Women must be the most populated, celebratory, filled–with–life memoir of our time. With her characteristic mix of compassion, warmth, humor, and acerbic insight, Susan Straight writes of her ‘massive black and mixed–race family’ and her ‘quirky, deeply embedded white family’—a memoir that is, though addressed to her three daughters, a valentine to virtually everyone whom the renowned author has known in the course of her vividly described life. Unlike most contemporary memoirs, which focus upon singular, self–obsessed individuals, Susan Straight’s is about an entire way of life, lived with great verve and passion: ‘a strange California transcendentalism which never fit in with American upward mobility.’” —Joyce Carol Oates

“In the Country of Women is moving, fierce, and gorgeous. In a time of individualistic fragmentation and the tearing of the social fabric, Straight offers the contrary narrative, the essential need for community, its past and future, and celebrates her place in its weaving.” —Janet Fitch, author of White Oleander

Looking for More Great Reads?
Discover Book Picks from the CEO of Penguin Random House US
Download Hi Res
I Been in Sorrow's Kitchen and Licked Out All the Pots

I Been in Sorrow's Kitchen and Licked Out All the Pots