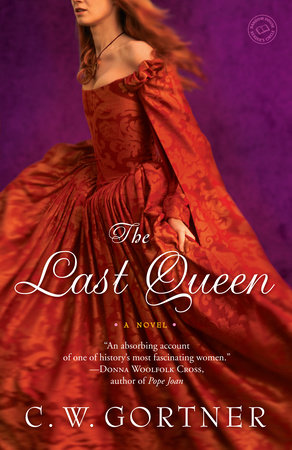 1. This novel is told from the point of view of a woman. Do you think the male author does a convincing job of immersing the reader in Juana’s thoughts and emotions?

2. The Last Queen is set mainly in sixteenth-century Spain. What did you learn about life in Spain during this time? How does the Spanish court differ from other courts you may have read about?

3. When Juana is told she must marry Philip, she begs to be released of her duty. How did you react to her mother, Queen Isabel, deciding to marry her off against her will? What do you think about Isabel’s notions of duty?

4. Princesses did not often get to choose whom they would marry, nor were they allowed to leave or divorce their spouses. How does this affect Juana in her struggles?

5. When Juana discovers her mother is dying, she realizes she cannot evade her destiny. Why do you think she decides to return to Flanders to fight for Castile? What are your impressions of her conflicts with her inheritance?

6. The differences in societal power between men and women in the sixteenth century are a principal theme in this novel. How do they compare to gender relations today?

7. Juana makes a terrible choice to free herself from Philip. Do you think her act was justified? How do you imagine you might have acted in her place?

8. History has dubbed Juana the Mad Queen. Do you believe she was mad? What are your impressions of her as a person and as a monarch?

9. Fernando of Aragon is an enigmatic personage in this novel. How do you feel about him and his actions?

10. Which of the characters in this novel were your favorites? Which did you dislike the most? Do you think the characters were portrayed as true to their time?

Shadow on the Crown
Patricia Bracewell

Into the Wilderness
Sara Donati

The Thistle and the Rose
Jean Plaidy

The Virgin’s Daughter
Laura Andersen
Back to Top