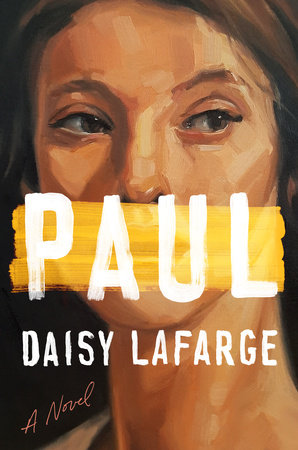 1. Paul follows the story of Frances, a graduate student who travels from Paris to work on a farm. Frances immediately feels connected to Noa Noa and the people she meets there. What do you think Noa Noa and the town represent to her?

2. Towards the end of Part One, Frances thinks, “There’s something about it, as if by dancing with them I become one of them—a child of whom no one expects anything. It is so tiring having a woman’s body. I’d like to slip right out of it and shrink back down to a child’s size.” What role does the idea of childhood play throughout Paul?

3. Frances has a past in Paris that she’s running from. How do you think her interactions with people in Lazeaux and later in Malmot were affected by her experiences with A.B.?

4. Paul, Frances learns, is very interested in other cultures and has traveled widely—it’s a part of his personality that draws Frances to him early on, but she finds herself uncomfortable with the way he discusses them. What are some of these moments and how do they build to the ultimate revelation about Paul at the end of the book?

5. Consider the role of silence in the novel. At what point did you notice its prominence in the story? What do you think the author is trying to say about words, their meaning, their impact?

6. Throughout her narrative, Frances rarely mentions her family—and never her friends—back in the United Kingdom. Why do you think that is? Is it intentional on Frances’ part, or is she too consumed by what’s happening around her to think about her life before the events in the book?

7. Lafarge makes frequent allusions to faith and Christianity. What are some of these references that stood out to you? How do you think they connect with the larger themes in your read of Paul?

8. Frances eventually admits that she’s had several breakdowns. Do these revelations affect your reading of her story? Do you trust her narrative?

9. Lafarge tells the story from deep in Frances’ point of view. How do you think the novel would have changed if it had been told from Paul’s perspective?

The Last Time I Saw You

Still Water Saints
Back to Top