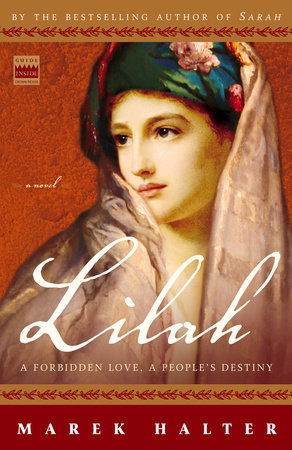 The Old Testament is brought to vivid life through the eyes of Lilah, a woman whose choice between loyalty to her brother and marriage to the man she loves will have a lasting impact on the fate of her people.

Living in exile in Susa, the ancient capital of the Persian Empire, Lilah is in love with Antinoes, a handsome Persian warrior. She wants to marry him but does not feel that she can do so without the blessing of her brother, Ezra, a high priest and a scholar of the laws of Moses. Such a blessing isn’t likely to be forthcoming, because Lilah’s brother does not want her to have a husband outside of their faith. Lilah believes it is her brother’s destiny to lead the Jewish people back to the Promised Land after centuries in exile. Torn between her love for Antinoes and her belief in her brother, Lilah decides to delay her own happiness with Antinoes in order to help her brother lead their people back to Jerusalem–and in so doing, she comes face-to-face with a decision that will change her life forever.

Set in the magnificent ancient culture of the Middle East more than four thousand years ago, Lilah is a rich and emotionally resonant story of faith, love, and courage that raises questions of loyalty and tolerance that are more relevant today than ever.

The questions in this guide are intended as a framework for your group’s discussion of Lilah.

1. Before you read this book, had you heard of Lilah? If so, what did you know about her? Why do you think Marek Halter chose to write the story of her life?

2. Why is Ezra’s approval of Lilah’s impending marriage so important to her? Why does she utterly refuse to marry without his blessing?

3. Why is Parysatis so cruel to Lilah? Do you think she targets her specifically for any reason, or is this behavior, as Lilah interprets it, just the game she plays? What do you see as driving her attacks?

4. Do you agree with Lilah’s decision to give up her future with Antinoes? Would you have made the same choice if faced with her dilemma? In the end, do you see her as a heroine or a martyr? Do you think, when all is said and done, her loyalty to Ezra and her people led her in the right direction, or did you question her choice to the very end?

5. Consider the characters of Axatria and Sogdiam. What roles do they play in the context of Lilah’s story? How is each an influence on the life-changing decisions that she makes, and why do you think they make the choices that they do?

6. Discuss the ways that leadership and power are portrayed in this novel. We see many different approaches–from Parysatis’s control that is held with intimidation and murder to the rule of Ezra in Jerusalem, and the leadership roles that Yahezya and Lilah finally take among the women and children that are cast out. Who do you think is the strongest and most effective leader we see, and why? To what degree does each of them serve the people beneath them well, and to what degree do they fall short?

7. What lasting impact on Ezra’s life does Master Baruch have? And Lilah’s? Why do you think that it is Lilah who seems to be a more willing recipient of the messages the teacher tries to impart to his pupil?

8. We see many forms of exclusion in this novel: the Jews are a people apart from the Persians, women are kept separate from men, servants exist on a different plane than those they live among and work for. Each group chooses to define itself with a different set of criteria. What do you think of the issues this raises? To what degree is this separateness integral to identity, both in Lilah’s world and now, and what dangers does it create? Where is the line between guarding identity and exclusion?

9. From where does Lilah draw her strength and her conviction? Does this change throughout the course of the novel, or is it constant throughout?

10. Ezra’s studies of the laws of Moses bring him to a strict interpretation of God’s will, as defined in the writings that later became part of the Old Testament that we know. But Lilah, and many others, vehemently disagree with this kind of literalism. In what ways does this debate resonate today, and what do you think of the issue of the letter of the law versus the spirit of the law? If the holy writings Ezra studies are the only way he has of knowing his God and they lead him astray, where else can he turn?

11. What do you think is the gravest mistake that Ezra makes? What did you see as the turning point for him? Is there a moment that he could have gone another way and chooses not to?

12. One of the main themes in Lilah is that of home, of family, and of connectedness. Discuss the places you see this theme explored in the novel, and in the end, what the meaning of family is in this context.

13. At a certain point, Lilah stops writing to Antinoes and admits that she has given up hope that he will ever receive her letters. But she continues writing nonetheless. What is the significance of this shift for her, and why do you think she continues to write even though she admits that in all probability, no one will ever read her words?

14. Why does Ezra not waver in his conviction to cut off the women and children who have left the city, even after Lilah joins them? Why is love for his sister and the pain of the husbands and fathers that have been left behind not enough to show him the folly of his ways, and why does he seem to grow only more cruel to the outsiders as time goes on?

15. What do you make of Lilah’s chilling final words in this novel: “The injustice of it will lie heavy on men until the end of time.” (p. 233)? To what degree do you agree with this statement? Have we moved past the kind of thinking that caused the pain and bloodshed Lilah witnessed? What other events in history, if any, does her story remind you of?

16. Does Ezra’s emotion at his sister’s death ring true to you? Do you think the realization that he had wronged and forgotten her, and with her, his own better nature, will have an impact on the way he governs in the future? From what you have seen of his character, is he capable of changing, or of ruling justly without the guidance of another?

17. Discuss the three epigraphs that Halter uses at the opening of Lilah. What do you think of each individually, and what is he saying by juxtaposing the three?

Paris Was the Place
Susan Conley

The Whiteness of Bones
Susanna Moore