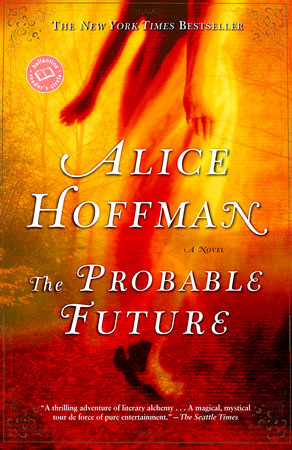 1. Each of the Sparrow women has a secret view into the lives of others—Stella sees their deaths, Elinor their falsehoods, and Jenny their dreams. In which ways do these attributes make the women more perceptive to those around them? How does this paranormal ability insulate and isolate them? Who adjusts the best to using her gift to accomplish something good, and how does she do so?

2. In which ways does Jenny’s extreme overprotectiveness of her daughter cause a rift in their relationship? Do you think the two will be closer as time wears on? Why is Stella so much tougher on her mother than on her father? How is Will affected by Stella’s unadulterated devotion to him?

3. Why does Stella ally herself with Will? In which ways is he a devoted father, and how is he lacking as a parental role model? What characteristics does Will share with Jimmy?

4. How do you account for the estrangement between Elinor
and Jenny? How does the stubbornness of each woman expand the breach between them? How does Stella act as a bridge between her warring mother and grandmother?

6. How does love transform characters in the novel? Which evolution was the most surprising to you?

7. The season of spring is a tangible presence in the novel. How is it a harbinger of change, and how does it pose a turning point for Stella in particular? How is it a symbol of renewal in the book, but also of death?

8. What about Elinor is so compelling to Brock Stewart? How does she feel about him? Why does Brock feel that he has let Elinor down? Would you classify their relationship as romantic, friendship, or something in the middle? Why?

9. What message does the book convey about history? There seems to be an official and an unofficial history. Matt is interested in the “unofficial history”—the history of the women in town and their effects on the fabric of their society. What part of history is written with “invisible ink”? Which groups are most forgotten in the official history of our
country? Why is it important to note that all of the monuments on the town green of Unity honor men and those who have fought in wars?

10. “For the first time, she didn’t want anyone’s opinion but her own,” Stella thinks when she doesn’t ask for her best friend’s opinion about Jimmy. How is this a significant moment in the development of Stella’s independence? In what ways does Stella rely on Juliet, both for guidance and support? In friendships, as in love, do opposites often attract? Why do
you think this is so?

11. How does Liza evolve from a “plain girl” into the woman Will falls in love with? In which ways does she act as a mother figure to Stella? What ultimately draws Will to her, and how does her advice and guidance change him? How does Liza’s past loss—her own history—affect the person she ultimately becomes?

12. In which ways are Matt and Will similar? How are they different? How does each react to being his “brother’s keeper”— both figuratively and literally? How does their affiliation with the Sparrows shape them, for better or for worse? Do you think both of them love Jenny? Why or why not? Who do you think is the right man for Jenny? Do you believe there is one true love for each of us or that circumstances dictate whom a person loves?

13. Throughout the history of the town, the Sparrow women have changed the lives of others—often unnoticed. What changes did you as a reader see?

14. Why does Elinor leave Cake House to her daughter Jenny, instead of to someone else? Is the relationship between grandmother and granddaughter often less fraught than that
between mother and daughter? Was this true for you? Do you think that Jenny has made peace with her childhood home by the end of the novel? More important, has she made peace with her mother?

15. Why is building a memorial to Rebecca Sparrow so important to Stella? What does Rebecca symbolize to the town of Unity at the opening of the book? Has that conception
changed by the conclusion of the novel? How does Stella’s acceptance of her family history contribute to that shift, both in the minds of her family and to the outside world? What is the place of the witch in history? What does it signify for women about their own place in society?

16. Juliet often mentions that each person has a “best feature.” In your view, what are the best features of the main characters? Are they always aware of what their best feature is, or do they often long to be other than they are?

17. Is there a sense of magic in The Probable Future? Do the gifts of the Sparrow women seem magical? Is a “gift” often a “curse”? Does what brings you the most pleasure often bring the most pain as well? What do you believe is the greatest gift a person can have? What is the connection between love and magic?

America Is Not the Heart
Elaine Castillo

Sleepwalking
Meg Wolitzer
Back to Top