A Widow for One Year Reader’s Guide 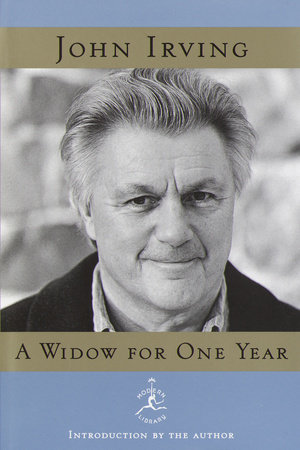 A Widow for One Year Reader’s Guide

print
A Widow for One Year Reader’s Guide

1. A passionate and complex theme throughout the book is the concept of a writer’s imagination. "Eddie O’Hare, who was doomed to be only autobiographical in his novels, knew better than to presume that Ruth Cole was writing about herself. He understood from the first time he read her that she was better than that" (p. 204). What role does imagination, lack of it, even fear of it, play in the lives and careers of the central characters?

2. Ruth, as a novelist, sees books as inventions based on both borrowed and imagined experiences–not necessarily personal ones. However, her best friend, Hannah, a journalist, presumes that all novels are substantially autobiographical; she sees in Ruth’s books a "Hannah" character, who is the adventurer, as well as a "Ruth" character, who holds herself back. Explore the ideas of fiction and imagination and the autobiographical ingredients of writing.

3. What is the meaning and symbolism of the "feet" photo? Why do you think it became kind of a talisman for Ruth? What emotions does the photo evoke in you as a reader?

4. Discuss the humor and the pathos of Ted Cole’s oeuvre. What about the humor and pathos of Ted himself? Where does Ted’s true imagination lie–if not in his writing? Is Ted’s real talent–his passion, his art–the seduction of the prettiest and unhappiest of young mothers? Doesn’t Ted pursue his seductions as passionately as his daughter will pursue her writing?

5. During that fateful summer, Eddie, the aspiring young writer, found his voice. Marion gave him his voice. "It was losing her that had given him something to say. It was the thought of his life without Marion that provided Eddie O’Hare with the authority to write" (p. 112). Discuss the life and writing career of Eddie O’Hare: his brilliance when being truly autobiographical, and his mediocrity when it came to believability in things that were "imagined."

6. When Ted tells Eddie the "story" of Thomas and Timothy’s accident, he tells it in the third-person removed. "If Marion had ever told the story, she would have stood so close to it that, in the telling of it, she would have descended into a final madness–a madness much greater than whatever madness had caused Marion to abandon her only living child" (p. 154). Examine the madness. Discuss Ted’s ability–and Marion’s inability–to detach.

7. How is Eddie, who appears as the most benign of characters, often the most powerful? For example, beginning with the restaurant "fingerprinting" scene (p. 240), he gives Ruth the gift of her past, of her mother, of other realities. How does he open the door to her future?

8. Examine: "Ruth thought of a novel as a great, untidy house, a disorderly mansion; her job was to make the place fit to live in, to give it at least the semblance of order. Only when she wrote was she unafraid" (p. 267). Discuss the idea that the books in Ruth’s life and the characters in them were more fixed in Ruth’s life than the flesh-and-blood people closest to her–namely, her father and her best friend.

9. Why do you think Ruth decides to marry Allan? Why was he so safe? How was he different from her "type" of man–a type that disturbed her so?

10. Discuss the theme of humiliation in her novel-in-progress as well as Ruth’s own unconscious quest for humiliation. Examine the themes of women, humiliation, and control. In Amsterdam, Ruth writes in her diary: "The conventional wisdom is that prostitution is a kind of rape for money; in truth, in prostitution–maybe only in prostitution–the woman seems in charge" (p. 338). What do you think of this?

11. Examine the scene after she witnesses the murder. "At last she’d found the humiliation she was looking for, but of course this was one humiliation that she wouldn’t write about" (p. 375).

12. Examine the powerful car scene before Ted’s suicide. As Ted is driving, Ruth reveals the shocking incident with Scott. Her tale is one of degradation. Does it have the desired effect on her father? What does she want? Was this scene about revenge–about giving back the hurt done to her? Can matters of families, of love and hate (her father is the one she most loves and hates in her life), ever really be understood? Of course this scene mirrors the driving scene where Ted tells Ruth the details of her brothers’ death. Discuss.

13. What changes occur in Ruth after she becomes a widow? How do these changes finally free her to fall in love at last?

14. What kind of emotions do you feel at the ending of the book? How have the characters of Ruth, Marion, and Eddie found, in essence, their way back? How has Marion, through her books, come to terms with her grief? When she reveals to Eddie that "grief is contagious," is she effectively saying that her absence from her daughter’s life was the only way she could love her or the only way she could not destroy her daughter?

From the Trade Paperback edition.
Learn More About A Widow for One Year
print
Back to Top