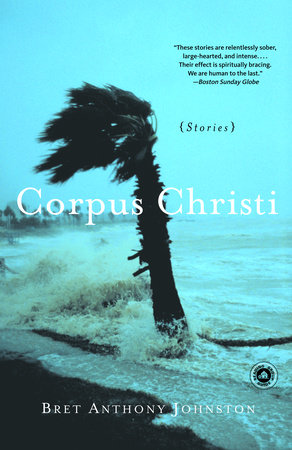 In “Waterwalkers,” Sonny and Nora remember the hurricane party at which they met very differently. What do their different memories reveal about each of them? What larger implications does this have for their current relationship?

2. Nora tells Sonny: “We’re not wired to remember what hurts us. Our bodies have no memory for pain.” Is this true of Sonny’s own experience? Of Nora’s?

3. Why does the author choose to end this story with an upbeat flashback to the Atwill family’s trip to the company picnic? What insight does this give us into who Sonny was before his son’s death? How has he changed?

Minnie reflects in “I See Something You Don’t See” that “she’d always believed Lee would make a good doctor.” Is this an accurate assessment? How might Lee have compared with Minnie’s actual physicians, Dr. Rama and Dr. Wood?

5. Is Lee correct in trying to hide the metastasis from Minnie?

6. In her final weeks, Minnie starts to wonder “what kind of mother she’d been.” In what ways has Minnie been a good mother? In what ways, if any, has her mothering fallen short?

Are the narrator’s parents in “In the Tall Grass” a good match for each other?

8. The narrator’s father, George Kelley, tells his son, “A person can care too much.” What might he mean? How does this explain the events that follow?

Why does the narrator in “Outside the Toy Store” tell Anna, “I hope it never happens to you”? Is Anna’s response reasonable? Do you think he understands that she will respond in the way that she does?

11. The narrator in “Outside the Toy Store” describes his encounter with Anna as an effort “to incite a drama that could open a new door, or an old one,” but one that had failed. Is their encounter entirely a failure? Are there any ways in which it might be considered a success?


What roles do coincidence and fate play in “Corpus Christi”?

13. Charlie in “Corpus Christi” thinks, “How easy to underestimate the wounded.” How does this apply to Edie? To Donnie? To Charlie himself? In what ways might this be ironic?


Is there a turning point in Minnie and Lee’s relationship in “The Widow”? How does their relationship change as Minnie’s condition deteriorates?

15. Why does Minnie insist on planning her own funeral? What light does this shed on her personality?


Is Robert Jackson in “Two Liars” a good father?

17. Why does Toby punch Olaf Hollins?

18. Toby, at the end of “Two Liars,” says he “felt betrayed and alone, as if someone had set fire to my house and I was too far away to do anything but watch it burn.” How should we, as readers, interpret this?

What is the significance of the title? How might this apply to Colleen’s life?

20. Colleen says, “I’ve failed and wounded all of these men who need me.” Is this fair? Does it apply to Tyler too?

21. Is “Anything That Floats” a love story? Does it have a happy ending?


Curtis, the narrator of “Birds of Paradise,” says that none of what happened on the afternoon of the story is “beyond forgiveness.” What is there to forgive? Is it all truly forgivable?

24. What is the nature of the relationship between Curtis and Fancy? How do you think it might end?

Are Lee and Moira in “Buy for Me the Rain” in love with each other? Is there any possibility they might have a future together?

26. Lee says that he would hurt someone who didn’t deserve it if Moira or his mother asked him to. Is he capable of this? Why does Moira ask him?

27. Lee imagines his mother as a child. Do we have any sense of who Minnie might have been as a child or a young woman? As a wife? How has her husband’s death changed her?


What role does the setting of Corpus Christi and its environs play in these stories? Is there something distinctly Southern or distinctly Texan in these stories? Also, the characters and residents of Corpus Christi always refer to the city simply as “Corpus,” so what might the significance of the book’s title be? After reading the book, do you think of the city as “Corpus” or “Corpus Christi”? How might your anticipated reaction have factored into the author’s decision about the title?

29. Class and economic security–the loss of wealth, the fear of poverty–play a large role in most of the stories in Corpus Christi. What is the author trying to tell us about the role of money in contemporary society?

England and Other Stories
Graham Swift

On the River Styx
Peter Matthiessen

If the River Was Whiskey
T.C. Boyle

Born With A Tooth
Joseph Boyden

Mendocino and Other Stories
Ann Packer

The Book of Other People

Life and Death of Harriett Frean
May Sinclair

In Corner B
Es’kia Mphahlele

All the Time in the World
E.L. Doctorow
Back to Top