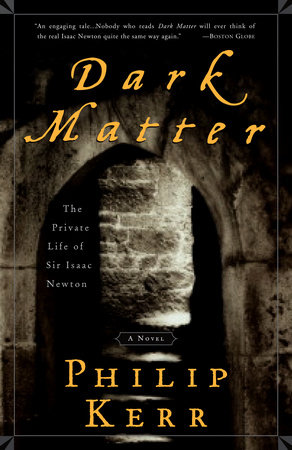 1. The theme of decoding permeates the novel. As Newton and Ellis investigate the third murder, Newton observes, “All of nature is a cipher, and all of science a secret writing that must be unravelled by men who would understand the mystery of things.” And in the prologue, Ellis notes, “Newton looked upon all of creation as a riddle…I think he believed that a man who might decipher an earthly code might similarly fathom the heavenly one.” By the end of the novel, how much progress has each man made by way of decoding? Has Ellis decoded Newton? Has Newton gotten any closer to deciphering the “heavenly code”?

2. Upon meeting Ellis, Newton instantly launches into a James Bond-esque sizing-up, deducing that Ellis is talented with both rapier and pistol, plays cards, has had too much red wine the night before, and has recently been intimate with a dark-haired woman with whom he’d drunk juniper ale—a feat that flusters Ellis and provides comic relief in the narrative. Where else in the story do we see Newton being purposefully sly and funny? Do these moments alter your perception of him?

3. What charade do Ellis and Newton pull off in order to extract information from Oates? What knowledge do they gain from him? How does it affect what they do next?

4. After Newton and Ellis chat about Newton’s discoveries concerning gravity, Ellis breaks away from the story to note, “In all respects he was a paragon, a human touchstone that might try gold, or good from bad.” Does this starry-eyed admiration shift in the course of the novel? Ellis goes on to witness Newton’s seeming heartlessness, his facility with lying, even his apparent willingness to trade his niece’s virtue for his own career advancement. Do these things change Ellis’ opinion of the master?

5. What is the significance of Twistleton’s mysterious utterance, “Blood is behind everything. Once you understand that, you understand all that has happened”?

6. Newton introduces Ellis to the use of prisms and the principles of refraction and refrangibility. Why? What is the metaphor here? How does Ellis act as a “prism” in the course of events that follows?

7. Halfway through the novel, Ellis realizes that he has lost his faith. “It was Newton’s mathematics that reduced the cosmos to a series of algebraic calculations, while his damned prisms ripped apart God’s rainbow covenant with Noah. How could God remain in heavens that were so keenly observed through a telescope and precisely described as a series of fluxions?” Ironically, Newton does not seem tormented by a similar conflict. How does he merge his faith and his science? Is the science/faith conflict pertinent in today’s world? Where do you see it played out?

8. How does Newton accomplish his dream of besting Rene Descartes?

9. The dramatic backdrop of this story is the Tower, where coiners and soldiers are perpetually at odds due to the Recoinage Act of 1696, which has forced them to share the space. What does Ellis mean when he says, “The Tower was more than just a prison and a place of safety to mint the coin; it was also a state of mind, an attitude that affected all who came into contact with its walls”?

10. Ellis’s condition for working with Newton is that Newton “will always correct my ignorance.” Does Newton do a good job of this? By the end, what has Newton taught Ellis, and in what ways has he left Ellis more confused than enlightened?

11. Who are the Templars? How do they figure into the Huguenot plot of revenge against Catholics? What do Newton and Ellis do with the information about the Templars that Mister Pepys gives them?

12. Newton has a close call with the authorities when he is summoned to appear before the Lords Justices to defend himself against allegations that he is a heretic. How does he debunk Count Gaetano’s charges? Why is the Count’s derisive comment about the Dutch a mistake?

14. Why does Ellis say that he swore not to tell this story while Newton was alive? Why does he reject the analogy of Newton leaving behind a golden thread “by which we may find our way through God’s labyrinth,” in favor of the harsher image of a chasm or abyss, “into which Newton, by virtue of his system of the world and falling bodies and mathematics and chronology, lowers us upon a rope…”?

A Conspiracy of Paper

Seven for a Secret

The Poe Shadow
Back to Top