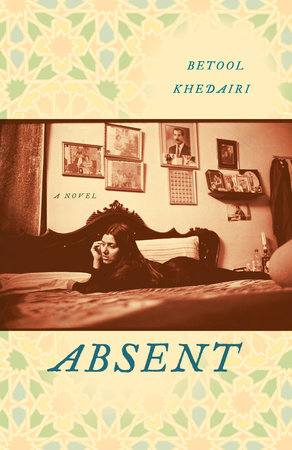 What’s In A Name?


In the Iraqi society of my childhood, there was a wide variety of interesting, beautiful and musical names and nearly all of them had a meaning or a special significance. My neighbour was called the beautiful one, my sister’s name means the ringing of a bell, a male friend is named after lightning and another is the servant of God. Kurdish girls’ names are often a type of flower. My Scottish mother whom I always thought of as the eternal tourist would often ask me the meanings of my friend’s names. The names ranged from Jewish families who called their daughters Iris, Valernine and Gilda to Christian families who would call a son Omar – a Muslim name- without hesitation. My name has several meanings. It means the virgin, and the encyclopedia lists Saint Mary the Betool. It also means the believer in God. It is a name often attributed to the daughter of the prophet Mohamed. She went by Fatima Al Zahraa Al Betool.

Many of us at school ended up in the wrong religion class simply because our parents had not told us which religion we had been born into, and therefore which classes we belonged in! I remember carrying the Koran and wandering into the church in my Armenian school. One of my friends asked her father if she was SHIU’E (meaning a communist in Arabic) thinking that this was the word for SHE’IE (Shiite) because they sounded similar to her. He scolded her for being interested in differentiating between Shies and Sunnis insisting “We’re all the same.”

When I started primary school in Baghdad, my mother took me to the Jewellery Market in River Street. She asked a bearded old man to carve out my name in gold. She was doing what most Iraqi mothers did: cherish the name of her child. This was normally done in English letters but my foreign mother, to be different, had my name written out in Arabic. So for my seventh birthday, I got a necklace with my name dangling down from it, read from right to left.

Iraqi fathers take their names more seriously. They are traditionally named after their first-born son. After the child is born, they take great pride in being called, for example, Abu Hassan (the father of Hassan). If they aren’t lucky enough to have a son, they will then be named after their eldest daughter. It would be quite odd not to be named after a son, or failing that, a daughter. So, if they have no children, they have to create one. Somehow, everyone agreed to call this child: The Absent One. So childless men automatically become “the father of the Absent one” and this makes them fit in socially and psychologically.

What my mother could never understand was why men would want to be called after a human being who had not yet been born. This lingered with me for many years until I embarked on my second novel. I named it Absent to symbolise the dilemma of the Iraqi people. They had been excluded, and were “absent” from the international scene for decades. The civilization that had invented writing was now slipping into darkness as a result of wars, sanctions and dictatorship. For 35 years Saddam remained the father of the absent Iraqi people. I needed to give birth to their story.

Though I was born in Baghdad, I have lived in Amman, Jordan for a number of years, and have travelled quite a bit. And during my travels, in getting to know more Westerners, I realized that they knew little about Iraqis as human beings. Understandably, they were taking their impressions from the Iraq of the headlines. This was another important reason to write my second novel, not to criticize the media, but rather to play the role of a diplomatic host in order to invite readers to share my seven thousand year old culture that was being destroyed by deprivation. Throughout history, Iraqis have been under the stronghold of the Ottomans, the British, a local dictator, and now the Americans. Sometimes I can’t believe that in one lifetime I have witnessed three bloody crises: the Iraq-Iran war 1980-1988, the Invasion of Kuwait in 1990-1991 and the US lead Occupation in 2003. This has included battlefield and civilian killings, children’s malnutrition, diseases, starvation, mass graves, embargo, a forced diaspora, arrests, rape, torture, brain drain, continuous bombings, the list just goes on. Between the exported nightmare fantasy of weapons of mass destruction and the imported dream of democracy I concluded that black comedy was the best style for my new novel, and I took it on as a new challenge.

Absent is about Iraqi families struggling to survive during the sanctions in Baghdad. The events take place in one building; the floors represent the diverse layers of Iraqi society. As so many men died due to war and unstable circumstances, most of the characters are women, who unveil the story through dialogue, chitchat and gossip. It shows the effects of the economic and infrastructure collapse on the social and moral structure of day-to-day Iraqi lives. I felt that when all goes wrong on earth, human beings start searching the sky for solutions, and sometimes they get lost in the labyrinth of creating their own answers. This drew me into researching the hocus pocus underworld of the coffee cup reader, Umm Mazin (mother of Mazin). Everybody is searching to make sense amidst the chaos. The fortune reader takes over the destiny of the inhabitants, becoming a sort of psychoanalist for the distressed women. This novel portrays the less privileged people struggling in the back lines, suffering the toll of the political decisions made in the front lines, yet they are absent. This is a story that talks about an “old Iraq”, known to Iraqis but unknown to the West, and it ends with a “new Iraq” known to the West but unknown to Iraqis.

Yes, Saddam, the father is finally gone, but now we have many fathers. Since the Liberation/Occupation so much has changed, and things are going from bad to worse. My country is actually rocking between a pre-industrial stage and the threat of an impending vicious civil war. In the past few months, I have received calls from distressed friends in Baghdad: “Help, some groups are threatening me because my name is Sunni,” and on the other line a friend pleads: “Please find me a job; I’m being harassed because I have a Shiite name.” No wonder people are lining up to change their names and have started carrying more than one identity card to avoid being a target.

Occasionally, in Amman where I now live, I order a takeaway dinner from an Iraqi cook who sells meals from her home. To book the order she asks for my name by saying: “And you are the mother of?” I don’t know whether to answer with a smile or a tear: ‘’the mother of the Absent One.’

This brings me back to my late mother who ended up having three names. Sophia; her registered Christian name when she was baptised. Hazel; her domestic name when she lived in her country, and a Muslim name when she converted to Islam to marry my father. On her wedding day, her friend suggested that she adopt an Arabic name with as many letters close to her English name. She came up with Hadeel meaning cooing of the Dove. My mother said: “I like it, it’s peaceful.”

1. On the first page of Absent we learn that Dalal’s uncle “didn’t follow the custom that dictates parents be named after their first-born child….Instead, he insisted that he should be called Abu Ghayeb, the father of the absent one.” What motivates this unusual choice, and how does it affect his adopted ‘daughter’ Dalal? What examples of “absence” and “the absent one” can you find in the novel and what is their significance?

2. Aspects of Absent are profoundly universal, such as the depiction of the fractious marriage between Dalal’s aunt and uncle, Dalal’s uncertainty as she ponders what to do with her life, and the resilience of her friends and neighbors who manage to stay hopeful and make a living under dire circumstances. What other aspects of the story and the characters did you find yourself identifying with?

3. Absent is set in the 1990’s, after the Gulf War, but the exact time period and conflicts are ambiguous. Why do you think that Betool Khedairi chooses to do this, rather than setting it during the war itself, or choosing a particular post-war event?

4. How would you characterize Dalal and Abu Ghayeb’s relationship and how does it evolve over the course of the novel?

5. What role does the fortune teller Umm Mazim serve in the novel, is she there for comic relief, or what else might she represent? Why do so many people take comfort in visiting her? What would you ask her, if you had a chance to visit her?

6. Dalal’s uncle, a former artist, places a high value on aestheticism. When he asks Dalal how she would measure beauty, she responds: “If things aren’t distorted, they may be more beautiful” (64). What does this tell you about Dalal’s feelings towards her facial disfiguration? How do you think her physical appearance shapes her as a character? How does it affect her romantic relationship with Adel?

7. Unlike many of her friends and neighbors, Dalal and her uncle have spent time in Western countries. How does Dalal’s family feel about the West, and the Allied nations in particular? How does this compare with the impressions of other characters? Were you surprised about their reactions?

8. Why does Dalal choose to study French literature and is there a special significance in the fact that Dalal is reading Flaubert when she first meets Adel?

9. The characters in Absent spend a lot of time reminiscing about the Days of Plenty. In what ways are the clashes between the new and old Iraq apparent in the novel?

10. Abu Ghayeb tells Dalal that there is much to learn from the bees that he keeps, a lesson that she passes along to Adel and Saad. How does this wisdom become particularly profound? How might the bees serve as a metaphor for life in Baghdad during the 1990s?

11. Three of Dalal’s most intimate relationships in the novel are with Ilham the nurse, Saad the hairdresser and his exciting friend Adel. What does Dalal gain from each of these three people, and what does she lose, in getting close to them?

12. Do you think the novel ends on an optimistic note? How, if at all, do you think Dalal will be able to play a role in the reshaping of her home city?

Learn More About Absent
print
Back to Top