Not Me Reader’s Guide 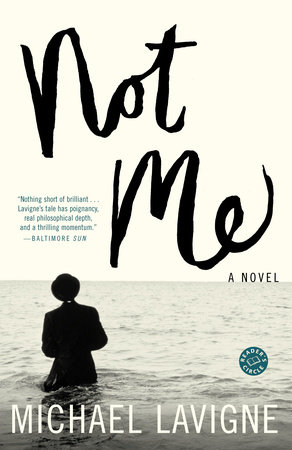 Not Me Reader’s Guide

print
Not Me Reader’s Guide

1. How does the nature of memory play an important part in this story? What traps and opportunities does memory create for Michael and for the people around him?

2. Discuss the role of place setting in this novel and in ﬁction in general. How, and why, are places “characters,” and how does place affect you personally?

3. What kind of person is Heinrich? Do you know any people like him? Could you be such a person?

4. What feelings are aroused in you by the descriptions of the concentration camps and by Heinrich/Heshel’s role in the murder of thousands?

5. Why do you think the author opted to make Heinrich a bookkeeper as opposed to a Nazi soldier?

6. Hannah Arendt created the phrase “the banality of evil,” referring to Adolph Eichmann, the architect of the Nazi death camp system, and those like Eichmann who commit unspeakable acts under the guise of “just doing their job.” Does Heinrich ﬁt that description?

7. Do you think it plausible for a person to change as dramatically as Heinrich/Heshel did? Is it plausible that someone like Heinrich could ﬁnd salvation by embodying the nature of his enemy?

8. What is the role of God in this novel?

9. Everyone tells lies. Why do we lie to ourselves and others? What secret knowledge do we all carry with us? Consider a time in your life when you have been unsure whether to reveal or to conceal an important truth, and had to choose between “the truth shall set you free” and “what they don’t know won’t hurt them.” How did you resolve it?

10. Every family has secrets. What are the effects of family secrets and how do they affect Michael’s life? How have they affected yours? What happens when they are uncovered?

11. Part of the plot structure of this novel is in the form of a mys­tery or detective story. Is it successful in sustaining an aura of sus­pense until the novel’s conclusion? Do you feel the mystery of Heshel’s identity has been solved? Why or why not?

12. Is guilt what drives Heshel Rosenheim? If so, what is the true nature of that guilt? If not, what is it that drives him? Do you think guilt itself can be a conduit to redemption?

13. If Heshel Rosenheim is indeed Heinrich Mueller, do you think his son should be able to forgive him? Could you forgive him? Can the good that Heshel/Heinrich has done in his life make up for the bad? What is the role of good works in the balance sheet of redemption?

14. Michael’s relationship with his sister is unique within the novel for its purity and wholesomeness–yet it is this relationship that pushes Michael to commit a terrible crime, and become, in essence, like the man in the journals. What are the moral implica­tions for Michael, for causing destruction in the name of love?

15. The relationships between fathers and sons in this novel are ambiguous and complex. In what ways do they disagree on how to live their lives? Which of the generational disagreements would you attribute to historical change, and which to individual char­acter differences?

16. April Love is a mysterious woman who keeps popping up in the oddest places, including in bed with a man ten years her jun­ior. What does she represent to you? Why did the author bring her into the story?

Learn More About Not Me
print

Metropolis
Back to Top