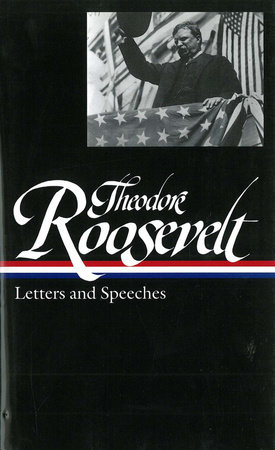 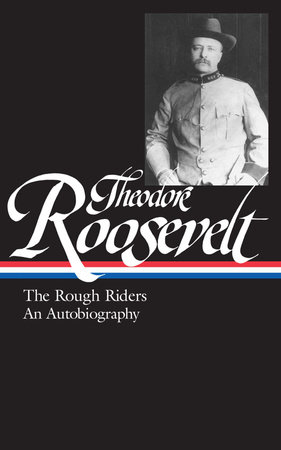 This Library of America volume collects 367 letters written by Theodore Roosevelt between 1881 and 1919, as well as four of his most famous speeches, creating a vivid portrait of the public career and the private thoughts of an unparalleled man.

Roosevelt describes climbing the Matterhorn, hunting grizzly bears and cougars, reading Anna Karenina while pursuing thieves through the Dakota wilderness, playing with his children, mediating the 1902 anthracite coal strike and the Russo-Japanese War, visiting Panama during the digging of the canal, and being shot while running for president in 1912. The letters records his expert knowledge of birds and wildlife, his fascination with history and historical writing, his changing views on race and the conflict between business and labor, his concerns about declining birth rates and the corrupting influence of luxury, his contempt for impractical reformers and pacifists, and his disappointment and rage at the failings of William Howard Taft and Woodrow Wilson. And, most poignantly, they reveal the pride and worry Roosevelt felt when his sons went off to battle in World War I, and the profound grief he experienced when his youngest child was killed.

Also included are four speeches: “The Strenuous Life,” a defense of American rule in the Philippines (1899); “National Duties,” which popularized the phrase “speak softly, and carry a big stick” (1901); “Citizenship in a Republic,” with its famous praise of “the man in the arena” (1910); and “The New Nationalism,” which signaled Roosevelt’s break with Taft’s conservatism (1910).

Buy From
Theodore Roosevelt: The Rough Riders, An Autobiography (LOA #153)

Reformer, rancher, conservationist, hunter, historian, police commissioner, soldier, the youngest man ever to serve as President of the United States—no other American public figure has led as vigorous and varied a life as Theodore Roosevelt. This Library of America volume brings together two of his most memorable autobiographical works.

The Rough Riders (1899) is the story of the First U.S. Volunteer Cavalry, the regiment Roosevelt led to enduring fame during the Spanish-American War. With his characteristic élan he recounts how the regiment was raised from an unusual mixture of privileged Northeastern college men and hardened Southwestern frontiersmen—“these grim hunters of the mountains, these wild rough riders of the plains”—and how it trained in Texas and then “sailed southward through the tropic seas toward the unknown.” Writing at the time when war could still be seen as a romantic adventure, Roosevelt vividly describes the confusion of fighting in the jungle; the heat, hunger, rain, mud, and malaria of the Cuban campaign; and his “crowded hour” of triumph on the San Juan Heights during the Battle of Santiago.

In An Autobiography (1913), Roosevelt recalls his lifelong fascination with natural history, his love of hunting and the outdoors, and his adventures as a cattleman in the Dakota Badlands, as well as his career in politics as a state legislator, civil service reformer, New York police commissioner, assistant secretary of the navy, governor of New York, and president. Roosevelt writes of his battles against corruption, his efforts to establish America as a world power, his passionate commitment to conservation, and his growing conviction that only a strong national government and an energetic presidency could protect the public against the rapacious greed of modern corporations. Combining vivid and amusing anecdotes with clear and eloquent statements of progressive principles, An Autobiography is a classic American memoir.

Other Series By Theodore Roosevelt 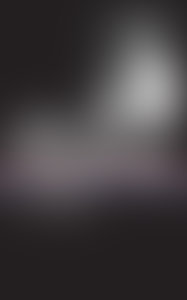