An Unforgettable Journey Into the Alaskan Wild

Aidan Campbell, who journeyed into Alaska with her father, reflects on another daughter lost to the wilderness. 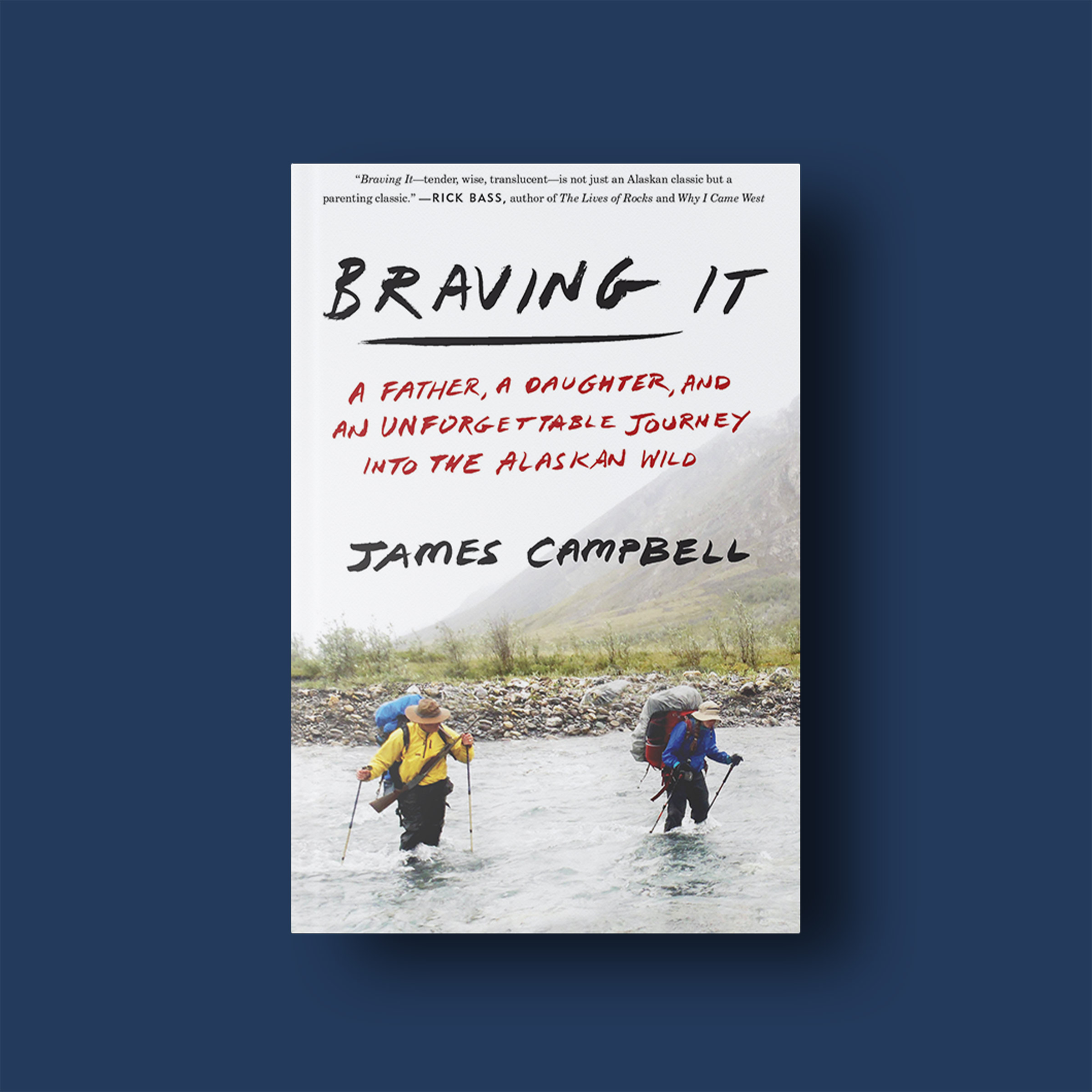 “Say goodbye to the sun,” Edna said. “It won’t be back ‘til February.” It was December 2nd, and Edna and I were piling on layers of clothing, preparing for the first day of the winter moose season. Outside, the wind howled and the thermometer read 40 below. I was 2,700 miles from home in the heart of the 20-million acre Arctic National Wildlife Refuge living with my dad, my dad’s cousin Heimo, and Heimo’s Yupik Eskimo wife, Edna—come to learn their stories of Alaska.

For nine months of the year, the Korths live without running water, without electricity, and with almost no connection to the outside world. They are the last year-round residents of the refuge, and some of the last of their kind left in Arctic Alaska.

Edna waited for me at the cabin door, the -30.30 rifle slung across her shoulder. “Almost ready, slowpoke?” she asked, prodding me with her glove. I nodded and followed her outside and down the path. We turned west, away from the Strangle Woman Mountains and the frozen river, and headed into the spruce trees. We walked in silence, stopping every once in a while to examine a track in the snow. Finally, the trees opened up and we got to a clearing.

“Yesterday, I saw two bulls together right under that peak,” Edna said, pointing north. “We’ll wait here in case they stuck around.” She crouched down in the snow and patted the place beside her for me to sit. We waited in silence for a while until Edna spoke. “You see that peak there?” she said, pointing west to a small peak just above. “That’s where we put Coleen’s Cross.” She stayed quiet for a while before speaking again. “We’ll go up there in spring and put flowers on the grave. If you’re here, you can come, too.” Edna grew quiet again, and I knew she was thinking about Coleen. 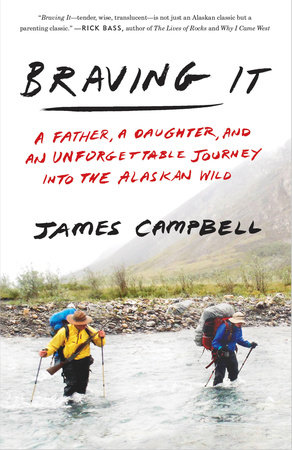 Add to Bookshelf
Braving It
By James Campbell
Paperback $17.00
Also available from:
Buy

Coleen Ann Korth, whom Edna and Heimo named after the Coleen River, was born on May 29, 1982. She was the Korth’s first child together; Edna already had a daughter, Millie, from a previous marriage. Coleen was a child of the woods: she loved to pick blueberries on the tundra during summer, wade in the river shallows with Edna to stay cool in the heat of July, cover country while Heimo toted her around on his shoulders. But more than anything, she loved to explore. She wandered off so often that Edna finally tied a bell to her coat to keep track of her. In the evenings, Heimo, Edna, Millie, and Coleen would walk together along the river, hand in hand, Coleen’s bells jingling with every step. She loved the moon and Heimo would often lift her onto his shoulders so she could see. She would point up, shrieking with delight, “Moo, moo.”

Five days past her second birthday, Coleen Ann Korth drowned in a river accident. In the days and months following her death, friends and relatives tried to talk the Korths out of returning to the bush. But for the Korths, leaving was never an option. The bush was Coleen’s home. She was everywhere: her laughter echoing along the river, her footprints lining the sandy bank that served as her playground. To leave that behind would be to leave her behind.

The Korths never recovered Coleen’s body. In August, when they returned to their cabin, Heimo constructed a cross to serve as a gravestone and carved into it, “Coleen Ann Korth 5/29/82. Died 6/3/84.” That fall, he and Edna carried the cross to the top of a small peak, where they placed it, overlooking the valley and the Coleen River.

Edna had told me about Coleen’s death the week before as we walked on the frozen river together, the same river that had taken Coleen’s life. When we got back, she showed me a photo of her daughter, playing on the sandbar by the riverbank. Sometimes when we were together, she’d share memories of her daughter. The games of hide and go seek, sledding under the Northern lights, long naps when she and Coleen would curl up on the hammock. But until that day, she hadn’t told me the rest of the story.

After Coleen’s death, Heimo and Edna petitioned the Board of Geographic Names to have the unnamed peak designated as Coleen Ann Mountain. But the Board refused their proposal, stating that Coleen was of “no historical significance.” Even after they received support from former Alaskan Governor Steve Cowper and Alaska Congressman Don Young, the Board rejected the proposal. They demanded a petition, so Heimo started one, collecting over 100 signatures. The Board still refused. Eventually, Heimo and Edna gave up. For them, it was like putting salt in a wound. 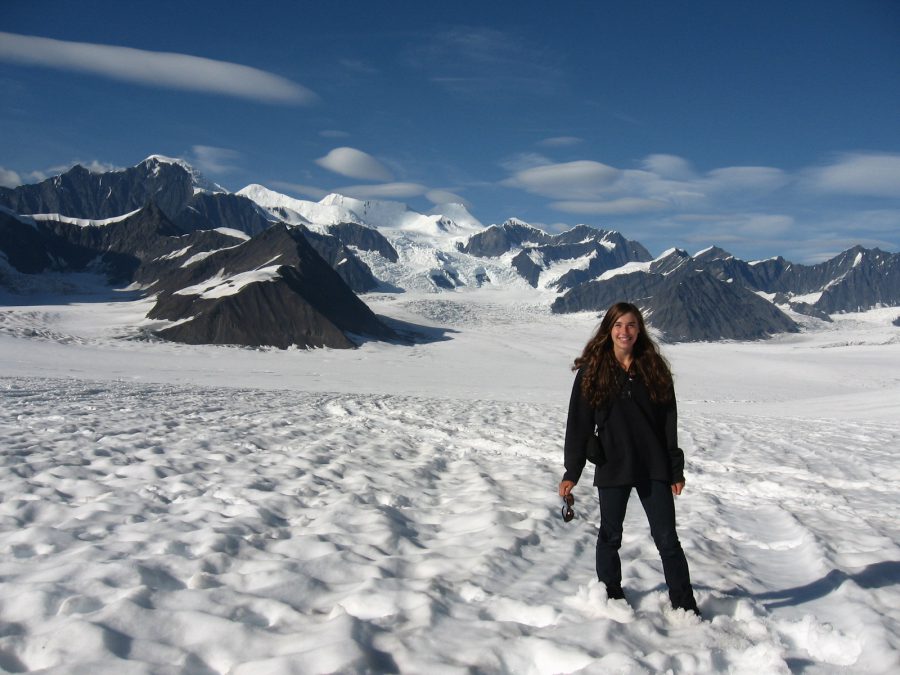 The essayist during her time in Alaska. Courtesy of Aidan Campbell.

Sitting in the clearing with Edna, looking up at the peak, I thought of Heimo and Edna, and the history they have here. In the Arctic, only the most prominent geographical features have names. The majority of the peaks, valleys, and hills are unnamed. Perhaps the geographical surveyors understood that they could not assign names to a land they hardly knew. The Korths, however, know the land; they understand its wildness, its beauty, and its cruelty.

In 1964, coinciding with the passage of the Wilderness Act, the U.S. Board on Geographic Names decreed that “except in extraordinary circumstances, unnamed features in federal wilderness areas will remain that way.” The Korths’ circumstance is extraordinary. For them, this wilderness is home. Because of the terms of the Alaska National Interest Lands Conservation Act, after they’re gone, no one will ever be allowed to homestead here again. The family’s request is a simple one: to name an undistinguished mountain after a little girl who lived and died here, so that her memory will live on in the place she called home.