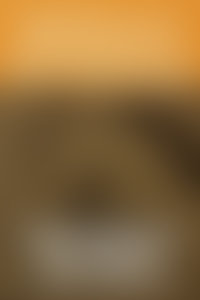 William Goldman was an Academy Award–winning author of screenplays, plays, memoirs, and novels. His first novel, The Temple of Gold (1957), was followed by the script for the Broadway army comedy Blood, Sweat and Stanley Poole (1961). He went on to write the screenplays for many acclaimed films, including Butch Cassidy and the Sundance Kid (1969) and All the President’s Men (1976), for which he won two Academy Awards. He adapted his own novels for the hit movies Marathon Man (1976) and The Princess Bride (1987).

The Temple of Gold

Boys and Girls Together

In 1990, writer William Goldman adapted Stephen King’s chilling novel 1987 novel, Misery, for the big screen. Rob Reiner sat at the helm of the adaptation, and James Caan and Kathy Bates starred. “Misery” is considered by many today to be one of the best horror films of our time. On October 22, previews will begin for a new iteration of Stephen King’s best-selling novel – a Broadway stage adaptation written, again, by Goldman, with Will Frears directing and Bruce Willis starring as Paul Sheldon and Laurie Metcalf starring as Annie Wilkes. With the production about to launch, we were able to ask Goldman a few questions about his approach to writing, his thoughts on the 1990 film version, and more.

PENGUIN RANDOM HOUSE:The 1990 film version of “Misery,” which you adapted for the screen with Rob Reiner at the helm and that starred Kathy Bates and James Caan, has become one of the most beloved contemporary horror classics. Now you’ve adapted the book from the novel by Stephen King for the theater. How did you approach this differently?

WILLIAM GOLDMAN: Always the same. You go back to the original material and read it again and again. Then I wrote and, throughout it all, our brilliant director Will Frears and I talked and had a lot of great lunches at Café Boulud.

PRH: Were there any choices regarding the 1990 adaptation that you questioned later, perhaps wishing you had done differently? If so, does the opportunity to adapt this for stage feel redemptive at all, as you get to move in different directions this time around?

WG: I haven’t done much rereading or rewatching stuff I’ve written over the years, but I did look at “Misery” before I started the play. I liked it. Not much I would change. You know my first draft of the screenplay had Annie Wilkes chopping Paul’s feet off. Just like King had written. Rob wanted that changed to the hobbling you see in the movie. I fought him on that, but he was right. No, not much I would change.

PRH: There’s so much about Misery that makes it so perfect for the theater – the simple settings, the conversation-laden plot, the particular moodiness of the cabin. Thinking back to your first reading of the novel, did it scream either “screen” or “stage” – or both or neither – to you?

WG: At the time I was writing movies. When I read Misery, I thought it was great material for the screen. But just as good for the stage. That is the genius of Stephen King.

PRH: What’s been most challenging in this move to bring Misery to the stage?

WG: I remember first talking about the play I thought OHMYGOD how are we going to replace Kathy Bates and Jimmy Caan? We found them in Willis and Metcalf. But you know with theater everything’s a challenge. When theater works it’s magical. It’s getting it to work. So yes, it’s all hard.

PRH: Your career has been comprised thus far of a solid mix of writing across novel, screen, and stage – including the book The Princess Bride, the original screenplay “Butch Cassidy and the Sundance Kid,” and the adaptations of David Baldacci’s Absolute Power and Woodward and Bernstein’s All the President’s Men, to name a very impressive few. How do you move among the different formats as a writer? Is there a particular writing method you employ for each?

WG: You cross your fingers and never stop. Praying is also good.

PRH: What is your favorite medium to write for?

WG: I don’t have a favorite. They all panic me.

PRH: The casting of Laurie Metcalf and Bruce Willis as Annie and Paul feels as perfect as the casting of the 1990 movie, starring Bates and Caan. Is there anything different you expect Laurie and Bruce to bring to the roles? What are you most excited to see in their performances?

WG: They’re everything you can hope for. I expect to be riveted and terrified for ninety minutes.

PRH: Do you feel any particular pressure as a novelist yourself to leave the author of the work you’re adapting satisfied – whether it be here with Misery, or anything else you’ve worked on?

WG: Stephen King is one of my all-time heroes so of course, the pressure never lets up. Every second you hope he’ll like it. I remember getting a call from him after he read my script for “Hearts in Atlantis.” He liked it. Talk about relief.

PRH: Have there been any books or movies you’ve loved lately that you’d care to recommend?

WG: Even This I Get to Experience by Norman Lear, and John Cleese’s So Anyway. Two friends, two good books. I haven’t loved a lot of movies lately, but I’m seeing “Steve Jobs” today. I’ll let you know.

PRH: What’s up next for you?

WG: Making it to eighty-five.