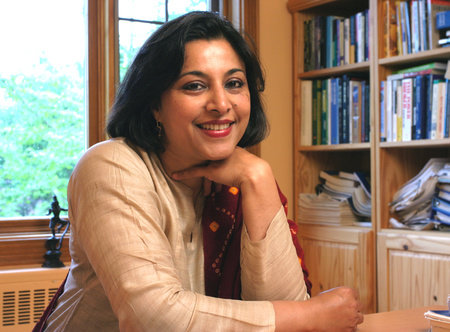 Anita Rau Badami‘s first novel was the bestseller Tamarind Woman. Her bestselling second novel, The Hero’s Walk, won the Regional Commonwealth Writers’ Prize and Italy’s Premio Berto, was named a Washington Post Best Book, was longlisted for the International IMPAC Dublin Literary Award and the Orange Prize for Fiction, and was a finalist for the Kiriyama Prize. Her third novel, Can You Hear the Nightbird Call?, was released in 2006 to great acclaim, longlisted for the IMPAC Award, and named a finalist for the City of Vancouver Book Award. The recipient of the Marian Engel Award for a woman writer in mid-career, Badami is also a visual artist. She lives in Montreal.