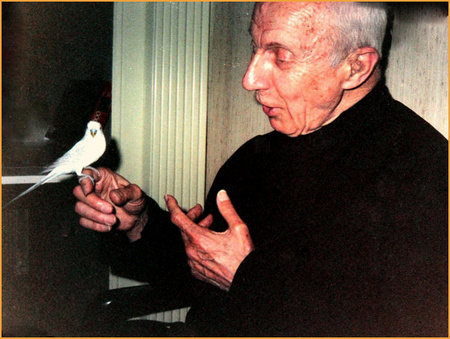 John A. Hardon, S.J. was a member of the Society of Jesus for over fifty years. He died in December, 2000. Father Hardon held a Master’s Degree in Philosophy from Loyola University and A Doctorate in Theology from the Gregorian University in Rome. He taught at the Jesuit School of Theology at Loyola University in Chicago and the Institute for Advanced Studies in Catholic Doctrine at St. John’s University in New York as well as helped organize and publish the Christ Our Life series of religion books for elementary schools and Confraternity of Christian Doctrine programs. Father Hardon was the author of many books, including: The Catholic Catechism, Religions of the World, Protestant Churches of America, Christianity in the Twentieth Century, and Spiritual Life in the Modern World.

The Question and Answer Catholic Catechism