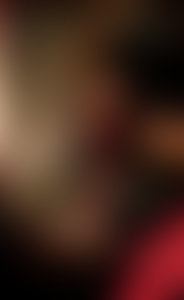 The First Princess of Wales

Q. Mistress Shakespeare is a combination of extensive research and imaginative speculation. What sources did you use? How does Anne’s life compare to real accounts of life in Elizabethan England?

Over the three decades I have studied and written about Elizabeth Tudor, her court and country, I have gathered quite a collection of books on Tudor culture and personalities. Some of my earliest research books include Pictures from English History (1883), Henry VIII (1929) by Francis Hackett and Life in Elizabethan Days (1930). I have a great selection of books spanning the years, including several very recent biographies of Shakespeare, dated 2003 – 2005. (The latter are listed in the Author’s Note at the end of the novel.)

Anne’s life compares to actual life in Elizabethan England as closely as scholars can determine and as I can make it. Fortunately, the English of that day wrote journals and books, everything from herbals to their wills and lists of their household goods. The queen’s possessions, health, and writings and speeches are very well documented, but so are the lives of courtiers and even some commoners.

Q. What about Shakespeare and Anne Whateley spoke to you? Was it difficult to write about a historical figure whose work is so well-known or was it easier than imagining someone like Anne, whose story is obscure?

It is a universal truth that the lives of famous people are fascinating—especially their secret selves. Although parts of Will Shakespeare's life are well-known, there are the "lost years" and speculation about things in his life, which worked well blended with Anne's lesser known biography. As a writer of historical novels in which the majority of the characters are real people, I strive to stay with what is recorded. On the other hand, one thing a researcher quickly learns about Tudor "facts" and "correct dates" is that they can vary. After all, scholars are yet arguing over the key conundrum of Shakespeare's life—could a man from the ‘boondocks' of rural Stratford who never went to university write these brilliant plays? I say yes, indeed, and my story of Will and Anne shows how and why. (And let's remember the American inventive genius Thomas Edison came out of little, obscure Milan, Ohio, where, like Will, he had to leave school early.) I've wandered off track here, but that's one of the delights of Elizabethan research. What about Shakespeare and Anne Whateley spoke to me? Their achingly poignant tragedies and triumphs, not only of his work but of their entire, exciting lives.

Q. When writing a historical novel like Mistress Shakespeare—or your Queen Elizabeth I mysteries—how do you simultaneously stay true to facts and create a work of fiction?

My structure—plot, if you will—must follow what I actually know of the key figures at the time. Where were they when? In Will's case, what was he writing then? What were the events of the day which would impact their lives? And, of course, for dialogue, what were the swear words of the day, the slang? Then all that must be filtered through the scrim of writing so a modern reader can relate to the characters. Fortunately, the universal strengths and sins of people—talent, jealously, greed, passion, deceit, love, etc.—never really change. All this is underpinned by rule #1 for a historical author: chose a subject who has a fascinating, dynamic, troubled but triumphant life. And where historical facts can't be found, fiction (Alex Hailey, who wrote Roots, called it faction) takes over.

Q. How did you become interested in this aspect of William Shakespeare's life? Is the idea of Anne Whateley as Shakespeare's other, and perhaps true, wife a popular theory among historians and Shakespeare scholars?

A. I chose to focus on this part of Will's life because I'm always interested in what makes people the way they are. Their family, their beginnings, but then how they overcome or utilize these problems or strengths. Also, love and marriage relationships fascinate me. Why that person? Some couples seem terribly mismatched, but happy and vice versa. It totally intrigues me that many of the Shakespeare biographies verify Anne Whateley's marriage bond with him, perhaps mention that there were Whateleys in the area of Stratford, record such things as Will leaving his "legal" wife Anne Hathaway the "second best bed" (So who got the first best bed?) But then, the majority of scholars ignore the possibility that Anne Whateley could have been a key figure in his life. The scholarly belief in the theory of Anne W. as Will's other wife is in the minority—and, so I thought, needed looking into. I love to write mysteries: the clues that Anne Whateley was in his life are there.

I greatly admire women who have ordinary beginnings but manage to face extraordinary circumstances with strength, courage and force of character. When a lesser woman would have caved in from tragedies, Anne rises above them. She insists on having a life of her own if and when she cannot totally share Will's. Although women of earlier historical periods were often chattel, bargaining chips or worse, some women managed to make their own ways in a man's world—and Anne is one. I celebrate that kind of a woman in all my historical novels. This book frequently points out how much Anne was inspired by the queen, a woman who overcame many trials but became the key powerhouse of her age.

Q. British literature is one of your passions. Whose work do you draw inspiration from? What authors or books inspired you?

I taught Shakespeare's plays for years and see his work as a real window into the people of that time. I love Medieval writing such as Chaucer's, but I also learned a lot from reading and teaching other British writers. My father was an amateur Charles Dickens scholar, so I'm very steeped in how he wrote—the emotional characterization, the detailed descriptions. I could name many historical novels that set me on the path of wanting to write them myself, but I'll just mention one from the 1950s which I read in the 1960s: Katherine by Anya Seton, set in the Plantagenet era in which I later set my novel, The First Princess of Wales.

I have also been inspired by the many historical English sites I have visited on our numerous trips to England—those Tudor castles and timbered manor houses speak to me. In everything I write, I try to treat setting as another key character.

Q. Do you have any plans for a sequel to Mistress Shakespeare or to explore what became of Anne Whateley after the death of Shakespeare?

Once Anne lost the love of her life, she brings her story to an end, and I think it is left at the perfect point. After all, her story is their story. However, I am currently writing a novel centered on another strong Elizabethan woman who, like Anne, began in obscurity but impacted famous people, in this case, several of the royal Tudors, their mates and offspring. This novel covers the Tudors from Henry VIII through Elizabeth.