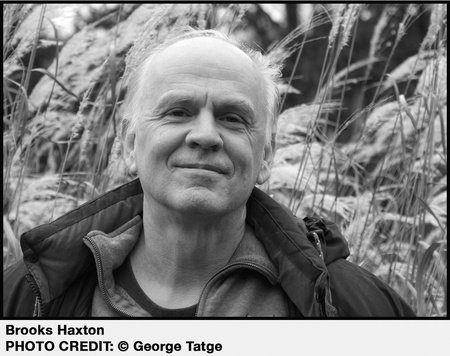 BROOKS HAXTON has published eight books of poetry, a nonfiction account of his son’s career in high-stakes poker, and translations from Greek, French, and German. His poems have appeared in The Atlantic, The New Yorker, The Paris Review, and elsewhere, and his nonfiction has been featured in The New York Times Sunday Magazine. He wrote the script for a film on the life and work of Tennessee Williams, broadcast in the American Masters series. A recipient of grants and awards from the National Endowment for the Arts, the National Endowment for the Humanities, the Guggenheim Foundation, and others, Haxton has taught for many years in the graduate creative writing programs of Syracuse University and Warren Wilson College.

They Lift Their Wings to Cry

Nakedness, Death, and the Number Zero

Fading Hearts on the River