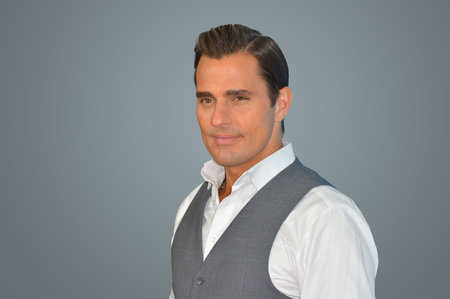 Bill Rancic is a television personality and after bursting onto the national scene when he was hired by Donald Trump as the winner of the first season of NBC’s breakthrough program The Apprentice, Rancic has become a well-known entrepreneur and sought-after motivational speaker. He appears before businesses and organizations around the world on a variety of business-related topics and is also a frequent guest on numerous daytime broadcast and cable television programs such as Today, The View, Rachael Ray, and various CNBC programs.

Beyond the Lemonade Stand

In January 2004, a new reality show premiered: Donald Trump’s “The Apprentice.” By the end of that season, American audiences were hooked – and Bill Rancic, winner of that season, became a household name. Since then, Rancic has spent a few years working for Trump’s organization, became star of his own reality show with wife Giuliana, hosted a lifestyle show with Leeza Gibbons, tours as a motivational speaker, has written a number of nonfiction books, became a father, and donates his time to building homes in Haiti. A tireless go-getter, Rancic also wrote a novel. That book, First Light, publishes November 1. We caught up with Rancic via email to get his thoughts on fiction, fear, and more.

PENGUIN RANDOM HOUSE:The premise of your debut novel, First Light, is fairly terrifying: A young couple, newly engaged and expecting, are on a flight when the plane catches fire and crash lands in the mountains. The two survive the crash and so begins a physical and emotional journey. What inspired this premise?

BILL RANCIC: I was on a flight home from Alaska and I started thinking, “What would happen if this plane went down?” At the time we did not have a child but we were planning on starting a family soon and my mind started wandering. Everything changes when you become responsible for someone other than yourself. We didn’t have Duke until I was forty so I was pretty set in my ways and used to doing the things I wanted to. Now I have to think twice about how it will affect him. I travel a lot for my job and getting on planes isn’t as easy for me as it once was.

PRH:So the plot of First Light plays into some of your own fears as a young husband and father?

BR: Yes. I don’t really have a true fear of flying; however, my wife does. As a husband and a father you take on a lot of responsibility so everything I do now I have to think twice about and how it will affect my wife and son.

PRH:So much of your professional life has been tied to highly visible roles – as a contestant on “The Apprentice,” a motivational speaker, star with your wife, Giuliana, of the reality show “Giuliana and Bill” and beyond. What made you want to write a novel – a process that is often a significantly more solitary experience?

BR: That is correct; it is a solitary experience and I am okay with that. What the public sees is only a fraction of my life. I do occasionally spend time alone to reflect and reevaluate – I really enjoy the writing process and try to continually challenge myself. I had a wonderful English teacher in high school and she is responsible for really getting me into literature.

PRH:Historically, you’ve focused a lot of your philanthropic attentions on Haiti. Are you still involved with efforts in the country? Why is Haiti of particular importance to you?

BR: Yes, I am planning another trip there in January or February. I take a few guys with me and we help build houses. The country needs a lot of help and I am fortunate to be able to go there and do what I can for the people of Haiti. Everything about this experience is fulfilling; however, when you see the look on the homeowners’ faces and their gratitude when the houses are finished – those are moments that take my breath away. I realize that I have been very fortunate and I need to “pay it forward.”

PRH:What surprised you most about the process of writing a novel and how was the experience different from your nonfiction writing endeavors?

BR: I felt a lot of pressure. When I first made up my mind that this was something I was going to do, I wanted to do it well. It is so different than nonfiction, so much more creative; to be honest I wasn’t sure I had it in me.

PRH:Now that you’ve added Novelist to your resume, what’s next for you?

BR: Well, I would love to write a follow up to First Light. Stay tuned.