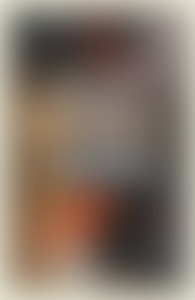 Chester (Bomar) Himes began his writing career while serving in the Ohio State Penitentiary for armed robbery from 1929 – 1936. His account of the horrific 1930 Penitentiary fire that killed over three hundred men appeared in Esquire in 1932 and from this Himes was able to get other work published. From his first novel, If He Hollers Let Him Go (1945), Himes dealt with the social and psychological repercussions of being black in a white-dominated society. Beginning in 1953, Himes moved to Europe, where he lived as an expatriate in France and Spain. There, he met and was strongly influenced by Richard Wright. It was in France that he began his best-known series of crime novels—including Cotton Comes to Harlem (1965) and Run Man Run (1966)—featuring two Harlem policemen Gravedigger Jones and Coffin Ed Johnson. As with Himes’s earlier work, the series is characterized by violence and grisly, sardonic humor.

A Rage in Harlem

Blind Man with a Pistol