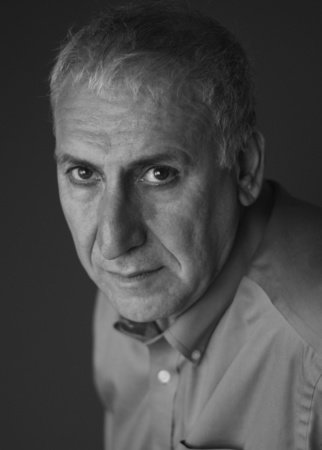 EDWARD HIRSCH, a MacArthur Fellow, has published nine previous books of poetry, including The Living Fire: New and Selected Poems and Gabriel: A Poem, a book-length elegy for his son. He has also published five books of prose, among them How to Read a Poem and Fall in Love with Poetry, a national best seller. He has received numerous prizes, including the National Book Critics Circle Award. A longtime teacher, at Wayne State University and in the Creative Writing Program at the University of Houston, Hirsch is now president of the John Simon Guggenheim Memorial Foundation. He lives in Brooklyn.

Readers submitted questions for the poet through The Borzoi Reader Online. Read his answers below:

3. I read your poem "Ocean of Grass". I am not a professional poet like you, but I liked a lot of figures of speech that you used. What was your main concern when you were writing this poem, to make it rhyme, or to make it state your theme clearly by using a free verse? I am 13 years old and I go to F. A. Middle Day School in Newtonville. — Young
Thanks for your question about "Ocean of Grass." I come from Chicago and the landscape of the Midwest has always meant a great deal to me. I wanted to write something about the heart of the heart of the country. And I wanted to write a poem that especially honored the experience of Pioneer women who came to the Midwest and the Great Plains in the 19th century. I’ve been haunted by the terrible isolation and loneliness they felt, these young mothers, and I wanted to create a memorial poem for them.
I decided to use a modified villanelle structure. I like the song-like quality of the refrain. You’ll notice how I repeat the line "The ground was holy, but the wind was harsh." It evokes for me a deep feeling about the landscape; the experience of it was both sacred and terrible. I wanted to see what I could do with that image, that recurrent setting. My idea was to describe the experience of one woman in such a way that the poem would evoke the experiences of a great number of women. I tried to use the form in such a way that it would make my poem indelible and emblematic.

4. My favorite poem is Auden’s "In Memory of WB Yeats." In the first part of the poem, the imagery described by "disappeared in the dead of winter," "the mercury sank in the mouth of the dying day," and "what instruments we have agree the day of his death was a dark cold day" is to me, some of the most powerful in modern poetry. When I first read it, it drew me in and compelled me to keep reading through to the end. My question for you is, what poem is your favorite, and how did it affect you in a way similar to the way Auden’s did me? — Ken Dornak
I share you enthusiasm for W. H. Auden’s memorial poem to W. B. Yeats. How many times, though, I have quarreled with the claim in the second part of the poem that "poetry makes nothing happen." Auden is undoubtedly correct that to most of the outside world, in the practical realm of utility and commerce, poetry is inconsequential, but for the interior world, in the hidden realm of our affective lives, it is curiously deep and renewing. Something that might seem fragile — a group of words arranged on a page — turns out to be indestructible. I’m also startled by Auden’s claim in the third part of the poem that Time "worships language." Auden seems to be proposing that language — and its most fulfilling realization, lyric poetry — is more permanent and enduring, a higher power, than time itself.
I’ve loved many of Auden’s other poems, too: "September 1, 1939," "At the Grave of Henry James," In Memory of Sigmund Freud," "Refugee Blues," and lots of others. I also like his prose works, especially The Dyer’s Hand and Other Essays.
In a way, I’ve written an entire book to answer your question about my favorite poems. It’s called How to Read a Poem and Fall in Love with Poetry. I write about many of the poems I care about most deeply. I explain, for example, my first encounter with Emily Bronte’s "Spellbound" when I was eight-years-old (I somehow imagined that my grandfather must have written it!), my encounter in high school with Christopher Smart’s poem about his cat Jeoffry (from "Jubilate Agno"), my first readings of Robert Frost’s "Desert Places" and Gerard Manley Hopkins’s so-called terrible sonnets.
I’ve also loved a lot of poetry in translation. In college I discovered Pablo Neruda and Cesar Vallejo, and these Latin American poets enlarged my sense of what poetry could be. I love the Turkish poet Nazim Hikmet, and the Spanish poets, Garcia Lorca (especially his book Poet in New York), Raphael Alberti, and Miguel Hernandez, and the Russian poets, Osip Mandelstam and Anna Akhmatova, and the Polish poets, Zbigniew Herbert, Wislava Szymborska and Adam Zagajewski (especially his recent book, Mysticism for Beginners). There’s probably no end to the listing of favorite poems . . .

5. The poet Mark Strand has said about poetry that one of the reasons people read it is because they want to some into possession of a mystery. Where do you think the mysterious emanates from? Or is it all merely smoke and mirrors coming from the poet himself? Is there some part of the divine and mysterious (I don’t necessarily mean this in any strict religious sense) that poets connect with to allow them to effectively "channel" their stories? — Maude
Thank you for your profound question. There is probably no final answer to it, I do believe that lyric poetry puts us in touch with something deep and mysterious within ourselves. It also evoke the grandeur of large mysteries beyond us. The earliest roots of poetry are in religion, and I suppose that poetry has never entirely lost its sense of the sacred. It still trembles with a holy air.
Wallace Stevens said that "Poetry is like prayer in that it is most effective in solitude and in the times of solitude, as for example, in the earliest morning." Poetry tries to get at something eternal by coming out of a silence and returning us — restoring us — to that silence. It longs to contact the mysteries. Hence it is a connection to prayer.
I’ve always loved a little four-line poem by Walt Whitman called "A Clear Midnight." I think it has a deep soulfulness. Whitman is well-known as our swaggering national bard, an epic chanter of democracy, but this poem shows that he could also be a delicate and tender solitary.
A Clear Midnight
This is thy hour O Soul, thy free flight into the wordless,Away from books, away from art, the day erased, the lesson done,Thee fully forth emerging, silent, gazing, pondering the themes thou lovest best,Night, sleep, death, and the stars.
Whitman’s poem exemplifies the correspondence between our inner and outer worlds. It is all about transport, about the imagination in cooperation and harmony with the universe. Whitman seems to address his soul to achieve that harmony. This is a dramatic utterance, but it is also a conjuration. Whitman is playing a magician to his own soul on our behalf. The real addressee of the incantation is the reader who exists on the distant horizon of the poem. I cannot help but feel that one part of the poem’s meaning is that the reader, too, has an imperishable soul. The poem wants to trigger that soul to dwell on the eternal. It would release something wordless and equivalent into any of us who read it.

Book Edward Hirsch for Your Next Event
Back to Top