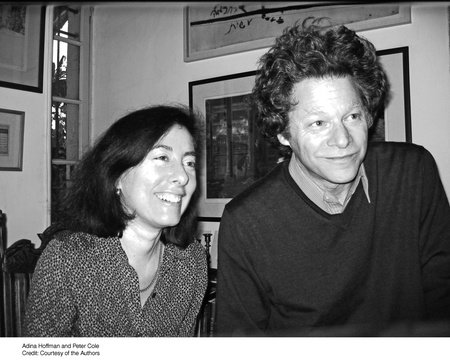 Photo: © Courtesy of the Authors

ADINA HOFFMAN is the author of several books, including House of Windows: Portraits from a Jerusalem Neighborhood and Till We Have Built Jerusalem: Architects of a New City. Sacred Trash, co-written with Peter Cole, was winner of the 2012 American Library Association’s Sophie Brody Award for Outstanding Achievement in Jewish Literature and was a National Jewish Book Award finalist. Hoffman was named one of the inaugural (2013) winners of the Windham Campbell Literature Prize.