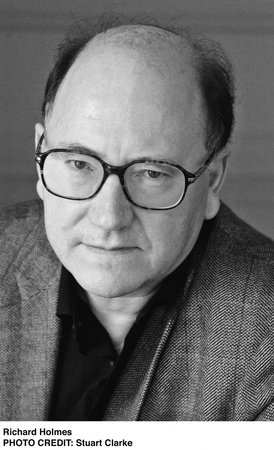 Richard Holmes is the author of The Age of Wonder, which was short-listed for the Samuel Johnson Prize for Non-Fiction, won the Royal Society Prize for Science Books and the National Books Critics Circle Award, and was one of the New York Times Book Review‘s Best Books of the Year in 2009. Holmes’s other books include This Long Pursuit, Footsteps, Sidetracks, Shelley: The Pursuit (winner of the Somerset Maugham Award), Coleridge: Early Visions (winner of the 1989 Whitbread Book of the Year Award), Coleridge: Darker Reflections (a National Book Critics Circle Award finalist), and Dr. Johnson & Mr. Savage (winner of the James Tait Black Prize). He was awarded the OBE in 1992. He lives in England.

The Age of Wonder