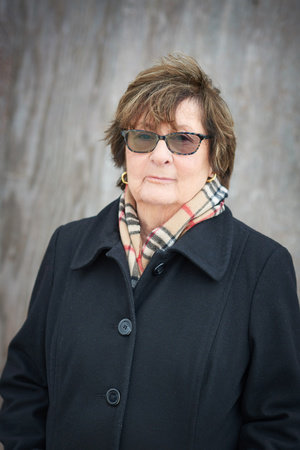 Born in England, MAUREEN JENNINGS emigrated to Canada as a teenager. The first Detective Murdoch mystery was published in 1997. Six more followed, all to enthusiastic reviews. In 2003, Shaftesbury Films adapted three of the novels into movies of the week, and four years later the Murdoch Mysteries TV series was created; it is now shown around the world, including in the UK, the United States (as The Artful Detective), and much of Europe, as well as on Canada’s national broadcast network, CBC TV. The Detective Inspector Tom Tyler series, set in World War II-era England, got off to a spectacular start with 2011’s Season of Darkness, followed by Beware This Boy in 2012. Maureen lives in Toronto with her husband, their two dogs, Varley and Murdoch, and their cat, Willie. Visit www.maureenjennings.com.

Dead Ground in Between