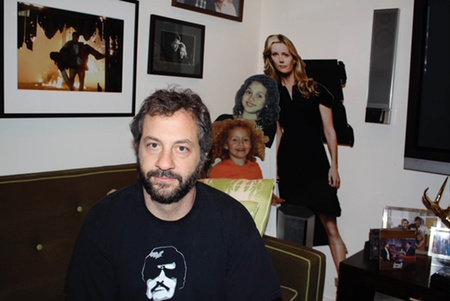 Judd Apatow is one of the most important comic minds of his generation. He wrote and directed the films The 40-Year-Old Virgin (co-written with Steve Carell), Knocked Up, Funny People, and This Is 40; he directed Trainwreck; and his producing credits include Superbad, Bridesmaids, and Anchorman. Apatow was also the executive producer of Freaks and Geeks and HBO’s Girls, and he created Undeclared and co-created the Emmy Award-winning television program The Ben Stiller Show. He is the author of Sick in the Head and editor of the collection I Found This Funny. Judd Apatow lives in Los Angeles with his wife, Leslie Mann, and their two daughters, Maude and Iris.

Sicker in the Head

Sick in the Head

Care To Make Love In That Gross Little Space Between Cars?