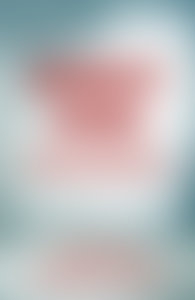 Moisés Kaufman is a Tony and Emmy-nominated director and award-winning playwright. He is also the Co-founder and Artistic Director of Tectonic Theater Project.

Mr. Kaufman’s plays Gross Indecency: The Three Trials of Oscar Wilde and The Laramie Project (which he co-wrote with the members of Tectonic Theater) have been among the most performed plays in America over the last decade.

He is also the author of the Tony Nominated play 33 Variations; One Arm (his adaptation of the Tennessee Williams screenplay of the same name); and the short play London Mosquitoes.

He has directed numerous plays on Broadway including The Heiress starring Jessica Chastain; 33 Variations starring Jane Fonda; the Pulitzer-nominated play Bengal Tiger at the Baghdad Zoo by Rajiv Joseph, with Robin Williams; and the Pulitzer and Tony Award-winning I Am My Own Wife by Doug Wright which earned Mr. Kaufman an Obie Award for direction as well as Tony, Outer Critics, Lucille Lortell, Drama Desk Awards nominations.

Mr. Kaufman also directed the film adaptation of The Laramie Project, which aired on HBO and was the opening night selection at the 2002 Sundance Film Festival. The film won a Special Mention at the Berlin Film Festival and he received two Emmy Award nominations for Best Director and Best Writer.

Mr. Kaufman is a Guggenheim Fellow.