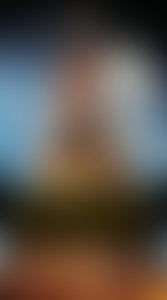 Jason M. Hough is the New York Times bestselling author of the Dire Earth Cycle: The Darwin Elevator, The Exodus Towers, and The Plague Forge, as well as the novella The Dire Earth. Hough was born in Illinois but grew up on the mean streets of suburban San Diego, California. In 1978, when he was six, his parents took him to see Star Wars, and so began a lifelong love of sci-fi and all things geek. He later worked for a decade in the videogame industry as a 3D artist and game designer. Today he lives in Seattle with his wife and two young sons. When not writing, Hough enjoys building LEGO spaceships with his boys and other similarly grown-up pursuits.

Sign me up for news about Jason M. Hough and more from Penguin Random House

Science-fiction readers love Jason M. Hough’s Dire Earth Cycle, but has Hollywood gotten the message yet? We caught up with Hough at SDCC 2017 to ask if we could expect a Dire Earth television series or movie in the future.

PENGUIN RANDOM HOUSE: What are you signing today?

Jason Hough: I’m here signing Injection Burn. It’s not the newest book, but it’s the second to last because we did the quick release thing again. Injection Burn came out in May, and the sequel, Escape Velocity came out in June. We’re giving away the first of the two.

PRH: So both books are on shelves. How about a quick primer for our readers?

JH: These are in my Dire Earth universe. I have three prior books in the same setting: The Darwin Elevator was the first of that trilogy. These two new ones, because they’re very different story-line wise, it’s the same characters and but they’re off on a new adventure where they’ve boarded an alien ship and have agreed to go and try to help this alien race to free their home world which has been under siege for thousands of years. Book one, Injection Burn, is their journey to this place, and book two, Escape Velocity, is their attempt to escape as things don’t go as planned.

PRH: Do I have to have read the first three Dire Earth books to get into these?

JH: I think for the best experience is if you have, but you don’t have to. I did write these two — specifically Injection Burn — to be a new entry point into the series, so if they haven’t read the first two then they can treat the other three books as a really long prequel.

PRH: What’s your secret to establishing the kind of banter and camaraderie that your characters have? These characters seem more like family than friends.

JH: Thanks. I wish I had a secret but the honest answer is that it just comes out that way. I almost get in a zone, especially once I start writing dialogue or an action scene. I don’t really think about it. In fact, sometimes I will have written a line before I realize what I’ve written down. You hear that sometimes from other authors, and I heard it when I was an aspiring writer, but I didn’t really believe your characters would speak without you actually knowing what they were going to say. It’s true, though. Once you get going, characters you’re familiar with — ones you’ve written four or five books with — have their own personalities. They say what they’re going to say, and you’re almost really chronicling it for them.

PRH: When someone writes about a different species, there’s the challenge of making them something more than funny-looking human beings. How do you make your own aliens species and cultures different from humanity?

JH: I find that it’s oddly easy to do in a novel because you’re not constrained by a special effects budget. If you want them to look strange or not be humanoid, you can. I have two different kinds of aliens that these characters encounter in these books. One of them is truly weird, and the other one isn’t humanoid, but has two arms and legs connected by a flap of skin connected from their forearms down to their calves. That enables them to glide in their world, which is low gravity. All of their architecture is based around them being able to glide down. They don’t worry about going down elevators: They just need to go up so they can glide down later. It was fun to be able to construct that and then think about how it would change a society. It’s great when you’re on the page, unless you’re hoping to get adapted to the screen. Who knows how they’d pull that off?

PRH: These books seem to scream out for a television or comic book adaptation. Will we see the Dire Earth books adapted in another format anytime soon?

JH: I sure hope so. We’ve had some discussions about comic books adaptations, and those are ongoing. I’m working with a producer and screenwriter right now on developing the series as a television series: That’s in the very early days. It was optioned before, but it didn’t go anywhere. That’s normal for 99 percent of the books that get picked up, but luckily, we’ve got people who are really anxious to do it. We’ve got a script now and some brilliant people working on it. We’ll see what happens.