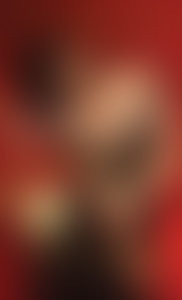 L. MARIE ADELINE is a pseudonym for bestselling Canadian author Lisa Gabriele. Visit her at www.secretnovels.com.

Sign me up for news about L. Marie Adeline and more from Penguin Random House

L. MARIE ADELINE: What most surprised me about writing erotica was how much sex tells you about your characters. What they like, what they don’t like, how far they’re willing to go – it all informs their actions and propels the plot. My other novels dealt with the repercussions of sex, but not so much on the actual act. My early books weren’t prim; they just weren’t explicit. But one of the strangest parts of writing erotica is breaking down the sex scenes with my editor to make sure they make sense, uh, choreographically. The editing process has yielded some of the funniest conversations I’ve ever had as we read parts back to each other, cleaning up sentences and improving them.

LMA: That was not really planned until I began the writing process. It seemed to me that Cassie’s trip through the steps couldn’t continue. And S.E.C.R.E.T. has a mandate to “pass it on.” Naturally, I needed to find a new candidate equally compelling and vexed by her sex life, but in a different way than Cassie. She couldn’t also be locked in sexually and reluctant. In fact, Dauphine is far more experienced than Cassie; she’s just shoved sex on the back burner of her life. And so many people do it. Sex becomes a muscle we no longer flex. The trick with Dauphine is finding her Southern-ness, the parts that no longer work and the parts that served her well. The voice came from that. Switching voices between chapters took some getting used to. I would find myself putting Cassie’s words in Dauphine’s mouth. There’s also a character, Mark Drury, who both women “know.” I had to see him through two different eyes, by two women who felt differently about him. Once the characters became fully formed that was just a natural expression of who they were. But it was challenging, writing from two different perspectives. And fun!

PRH: Do you see parts of yourself in the women of S.E.C.R.E.T.? Is there a character you particularly identify with?

LMA: I think a writer’s DNA is in a little bit of each of their characters. I think I share Cassie’s reticence, Will’s simplicity, Tracina’s survivor mentality, and some of Matilda’s hard-earned wisdom (I like to think!). My new character, Dauphine, is a bit of a workaholic, and that’s something I definitely share with her. I can really lose myself in my work, which I’m lucky to find so edifying. But still, work is no substitute for intimacy, as Dauphine happily discovers.

LMA: I imagine we’re talking about someone who not only hasn’t read erotica but has resisted reading “genres.” I would say to them that whether it’s an erotic novel, fantasy, sci-fi, or whatever, a good novel is a good novel. Don’t get tripped up by the label or category. I can’t believe, for instance, that I resisted George R. R. Martin’s Game of Thrones series for so long because I had a prejudice against “fantasy” books. I never read books with dragons and kings and had no interest, until a particularly persuasive friend suggested I give them a try. I lost months in those books. I just got swept away. For me, a good book is about the plot and character development. I no longer turn down a potentially great book because of the so-called genre into which it gets slotted.