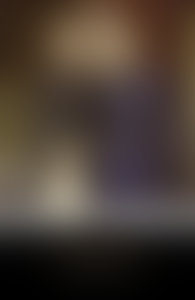 Arnold Bennett, a versatile and prolific writer who was one of the luminaries of the London literary scene during the early twentieth century, was born on May 27, 1867. He grew up in the environs of Hanley, Staffordshire, one of the Midlands pottery towns that later served as a backdrop for his celebrated Five Towns novels. The son of a solicitor, Bennett received a secondary education but was forced to leave school at the age of sixteen to clerk in his father’s firm. Having twice failed his legal examinations, Bennett escaped to London in 1889 to work in law offices, only to realize that he possessed three qualities that would well serve him as a writer. He listed them: ‘First an omnivorous and tenacious memory–the kind of memory that remembers how much London spends per day in cab fares just as easily as the order of Shakespeare’s plays or the stock anecdotes of Shelley and Byron. Second, a naturally sound taste in literature. And third, the invaluable, despicable, disingenuous journalistic faculty of seeming to know much more than one does know.’

Gradually drawn into literary and artistic circles, Bennett abandoned the law in 1894 and secured an editorial position with the weekly magazine Woman. The following year his story ‘A Letter Home’ appeared in the fashionable Yellow Book, and he soon brought out an autobiographical first novel, A Man from the North (1898). In 1902 Bennett completed two highly popular works: The Grand Babylon Hotel, one of his many sensational ‘fantasias’ on modern themes, and Anna of the Five Towns, a brilliantly detailed chronicle of life in the Potteries of his boyhood that was inspired by Balzac’s Eugenie Grandet. But the appearance of The Truth About an Author (1903), a lighthearted memoir, briefly tarnished his image because it emphasized the commercial aspects of authorship, depicting Bennett as a writer engaged solely in the ‘manufacture of a dazzling reputation.’

In 1903 Bennett resettled in Paris, where he lived for much of the next decade. He continued his examination of provincial mores in countless short stories subsequently collected in Tales of the Five Towns (1905), The Grim Smile of the Five Towns (1907), and The Matador of the Five Towns and Other Stories (1912). Bennett scored a triumphant success in 1908 with the publication of The Old Wives’ Tale, a masterful portrayal of English provincial life that rivals the meticulously crafted novels of Flaubert and other French realists. ‘It at least doubles your size in my estimation,’ remarked H. G. Wells. ‘I am certain it will secure you the respect of all the distinguished critics.&rdquo And Somerset Maugham later observed: &ldquoI was astounded to discover that The Old Wives’ Tale was a great book. I was thrilled. I was enchanted. I was deeply impressed.’

Bennett quickly enhanced his renown with the Clayhanger trilogy, a saga of the Five Towns which comprises Clayhanger (1910), Hilda Lessways (1911), and These Twain (1916). The three novels were reissued in one volume as The Clayhanger Family in 1925. He also turned out Buried Alive (1908), a satire poking fun at the excesses of modern life; How to Live on Twenty-four Hours a Day (1908), the most popular of his several ‘pocket philosophies’; and The Card (1911), the lighthearted tale of a rogue whose every bad deed turns to gold. In addition he enjoyed considerable theatrical success in London with the plays Milestones ( 1912) and The Great Adventure (1913).

Bennett’s prominence declined temporarily following World War I owing to the appearance of such novels as The Lion’s Share (1916), The Pretty Lady (1918), The Roll Call (1918), Mr. Prohack (1922), and Lilian (1922). Yet he experienced a resurgence of popularity with Riceyman Steps (1923), a dark, Dostoyevskian tale praised by Joseph Conrad and Thomas Hardy, among others, and Lord Raingo (1926), an ambitious political novel based on the wartime dealings of his influential friend Lord Beaverbrook. As Bennett himself reflected: ‘I have written between seventy and eighty books. But I have also written only four: The Old Wives&rsquo Tale, The Card, Clayhanger, and Riceyman Steps.’ In 1926 he began contributing a weekly book review, ‘Books and Persons,’ to the London Evening Standard. His final novel, Imperial Palace, came out in 1930.

Arnold Bennett died in London of typhoid fever on March 27, 1931. At the time of his death Sinclair Lewis deemed Bennett ‘one of the really great novelists,’ and H. L. Mencken reflected: ‘At his best Bennett was clearly entitled to rank among the half dozen most important English novelists of his time. His two principal works, The Old Wives’ Tale and Clayhanger, are little short of masterpieces.’ Critic Carl Van Doren concurred: ‘Arnold Bennett brought into English fiction a range of realism which it had never had before, particularly as concerned with English provincial life. ‘The Five Towns’ of Arnold Bennett must long remain among the famous territories of the British imagination.’ The Journal of Arnold Bennett, a fascinating account of his life and times, was issued posthumously in three volumes beginning in 1932.