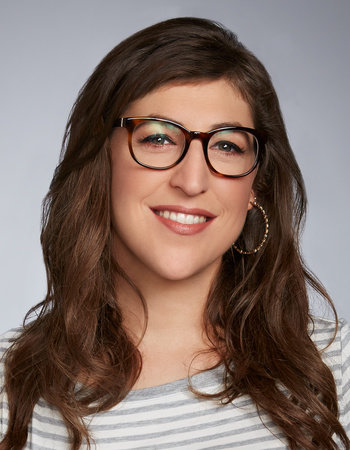 Mayim Bialik is best known as Amy Farrah Fowler on America’s #1 comedy, The Big Bang Theory, a role for which she has received four Emmy nominations and a Critics’ Choice Award. She also starred in the early-1990s sitcom Blossom. Mayim earned a BS from UCLA in Neuroscience and Hebrew and Jewish studies, and went on to earn a PhD from UCLA in Neuroscience. She is the author of Beyond the Sling and Mayim’s Vegan Table.

Mayim founded GrokNation.com in 2015 as a platform for sharing her writing on everything from religious observance to women’s issues to politics to maintaining modesty in Hollywood. She seeks to present herself as a normal, imperfect mom trying to make everything run smoothly in a world that often feels out of her control. Mayim lives in Los Angeles with her strong, smart, spectacular sons.

Mayim Bialik on where she loves to write | Author Shorts

Mayim Bialik on where she loves to write | Author Shorts