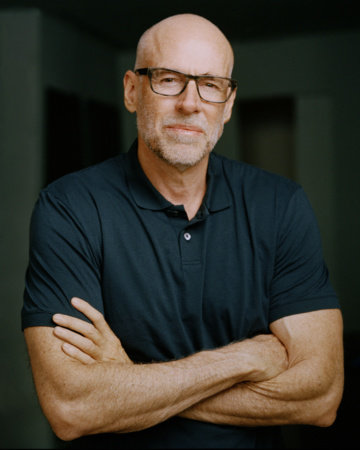 Scott Galloway is the New York Times bestselling author of The Four: The Hidden DNA of Amazon, Apple, Facebook, and Google and a professor at New York University’s Stern School of Business. A serial entrepreneur, he has founded nine firms, including L2, Red Envelope, and Prophet. In 2012, he was named one of the “World’s 50 Best Business School Professors” by Poets & Quants. His weekly YouTube series, “Winners and Losers,” has generated tens of millions of views. He co-hosts two podcasts, “Pivot” with Recode’s Kara Swisher and “The Prof G Show.” He is also the host of Vice TV’s “No Mercy, No Malice with Professor Scott Galloway,” named after his popular newsletter.

The Algebra of Happiness