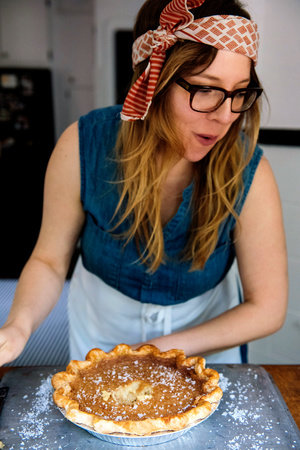 LISA LUDWINSKI is the owner and head baker at Sister Pie, which she started out of her parents’ kitchen. Before opening the shop, she trained at Milk Bar and Four and Twenty Blackbirds in New York and Brooklyn, respectively. She has been featured widely in national press, including a six-page feature in Bon Appétit, has twice been a semifinalist for a James Beard award, and makes the pies for Shake Shack’s Detroit location.