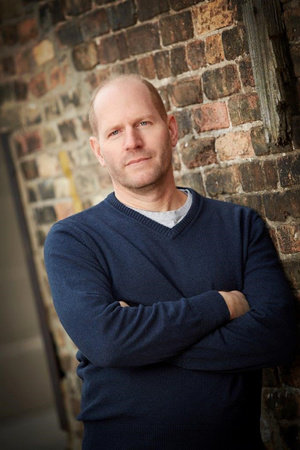 Nick Petrie is the author of seven novels in the Peter Ash series, most recently The Runaway. His debut, The Drifter, won both the ITW Thriller award and the Barry Award for Best First Novel, and was a finalist for the Edgar and the Hammett Awards. A husband and father, he lives in the Milwaukee area.

PENGUIN RANDOM HOUSE: Peter Ash is an American veteran, and has been back in the U.S. for about a year at the start of The Drifter. His PTSD manifests itself in the form of a “white static” he almost always hears in the back of his head. You mention in your author’s note that you began researching this book in 2010; what would you say were the most important pieces of research you did when it came to trying to understand the inner life of a traumatized veteran, and how did that research translate to the page?

NICHOLAS PETRIE: My research started in conversation with veterans who’d returned from overseas, and continued as I read about life both during war and life after, in fiction and memoir, and in blogs and chatrooms. One book that stands out more recently is Charles Hoge’s Once a Warrior, Always a Warrior, which is a comprehensive guide for veterans who may be suffering from PTSD, and also for their families. That’s the book that really helped me understand that PTSD is a normal physiological response to a difficult situation, and how simple changes in behavior can make a significant difference.

As to how my research translated to the page, I don’t quite know how to answer that question — I think the key to writing vivid characters is to find a part of yourself in each character, then expand on it. I try not to think too much about my writing process — I tend to feel my way forward, and find more insights that way.

PRH: As the novel progresses, Peter Ash finds himself tangled in a slew of mysterious and deadly occurrences that he knows must be tied together. He now has to put the killer instincts he honed in Iraq to use as a soldier-turned-detective. What made you want to put a vet at the heart of your crime novel instead of going the more traditional route by casting your protagonist as a policeman or a detective?

NP: Peter is good company and a lot of fun to write about, and I wanted the freedom to explore a wide range of stories in a wide range of locations — so I didn’t want him to work for any jurisdictional authority. I also wanted to write about a realistic character who had a great deal of freedom to act, and law enforcement folks have a lot of oversight, and are bound by the rules of their profession, whether they work for the local police or the FBI. Plus I’ve always worked for myself and don’t have much personal experience in life in a large organization — I wasn’t sure I could write about office life.

PRH: The Drifter is your debut novel. Did you always see yourself writing crime? Do you plan on sticking with the genre in the future?

NP: I’ve always been drawn to the extremes of human behavior, and crime fiction is a great way to explore the lives and stories of fascinating people. I’m not a big believer in the idea of genre — I’m a fan of any writer who can pull me into compelling characters and stories — but I can’t imagine I’ll start writing domestic dramas any time soon. After all, Raymond Chandler was a crime writer, and he’s widely considered to be one of the best American writers of the twentieth century.