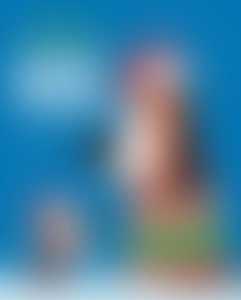 Chris Chatterton began his career in graphic design and animation, working on a variety of projects including Doctor Who and CBBC’s The Dumping Ground. Chris’s passion for illustration then led him to pursue a career as a freelance artist working on a number of children’s books. Originally from County Durham, Chris now lives and works in the basement studio of his house in Newcastle Upon Tyne.

Now What? A Math Tale

There’s A Bison Bouncing on the Bed!