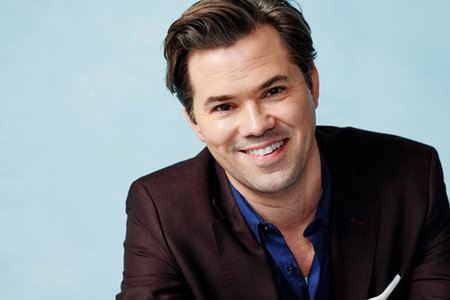 Andrew Rannells is an actor, singer, performer, and the author of Too Much Is Not Enough. A Tony, Drama Desk, and Critics Choice Award nominee and Grammy winner, he originated the role of Elder Price in The Book of Mormon and has starred in Hedwig and the Angry Inch, Hamilton, Falsettos, and The Boys in the Band. On the small screen, he has appeared in Girls, The New Normal, Big Mouth, The Knick, The Romanoffs, Black Monday, and Girls5Eva. Rannells’s film credits include A Simple Favor, The Intern, Bachelorette, The Boys in the Band, and The Prom. His writing has been published in the New York Times “Modern Love” column.

Too Much Is Not Enough

Hilarious Advice from Andrew Rannells (TOO MUCH IS NOT ENOUGH)

Andrew Rannells: What I’m Reading (TOO MUCH IS NOT ENOUGH)