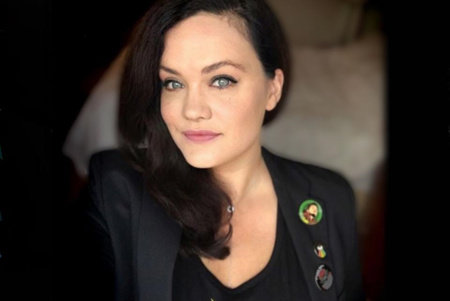 AMANDA DEIBERT is a New York Times bestselling comic book and television writer. Her comic book writing includes the New York Times bestselling series DC Super Hero Girls, Teen Titans Go!, Wonder Woman ’77, Batman and Harley Quinn, Sensation Comics Featuring Wonder Woman, Wonder Women of History, Flash Facts, The Doomed and The Damned, and Love is Love (NYT #1 Bestseller) for DC Comics, stories in John Carpenter’s Tales for A Halloween Night volumes 2, 3, 4, 5 & 6 for Storm King Comics, and various other comics for Dark Horse and IDW. Her television credits include work for CBS, SyFy, OWN, PIVOT, HULU, QUIBI, and four years as the writer for former Vice President of the United States Al Gore on his international climate broadcast, 24 Hours of Reality. She is currently writing for the animated series He-Man and the Masters of the Universe for Netflix. She lives in Los Angeles with her wife, illustrator Cat Staggs, and their adorable daughter, Vivienne.

Work for a Million (Graphic Novel)