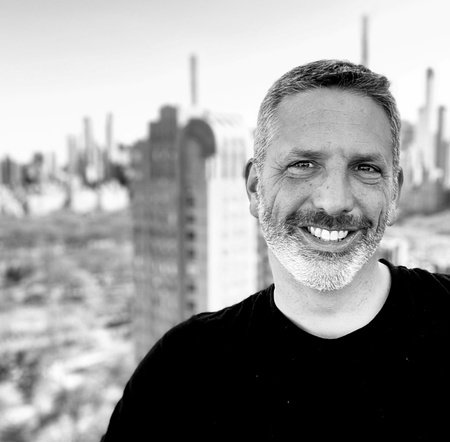 Andrew Coté is New York City’s most well-known beekeeper. A fourth-generation apiarist, he is founder of the New York City Beekeepers Association, executive director of the nonprofit Bees Without Borders, polyglot, Fulbright scholar, black belt in aikido, and former college professor. Coté and his bees have been featured on The Martha Stewart Show, CNN, CBS, Cake Boss, Dr. Oz, Nightline, Good Morning America, and Today, and in The Wall Street Journal, The Atlantic, The New York Times, HuffPost, and many other news outlets around the world. Coté also runs Andrew’s Honey out of the NYC Union Square Greenmarket.