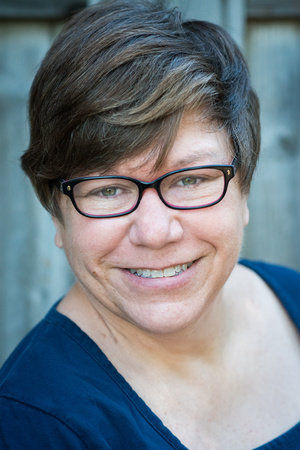 Andrea Zuill is the author-illustrator of Sweety, called “funny, heartwarming, and inspiring” in a starred review from Booklist and Wolf Camp, a finalist for the Children’s Choice Award. She is also the author-illustrator of Business Pig, Dance Is for Everyone and Marigold & Daisy, as well as the illustratorof Nelly Buchet’s Cat Dog Dog, which Kirkus called “clever” in a starred review. Her work has been exhibited in galleries in California, Texas, and New York, including the San Diego Museum of Art and the Brand Library gallery, where she won the Disney Imagineering Award. Visit her at andreazuill.org or follow her on Twitter at @AndreaZuill.

Regina Is NOT a Little Dinosaur