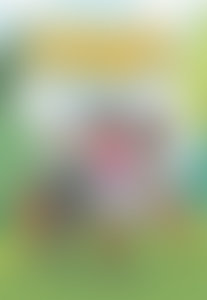 Nathan Fairbairn is a New York Times bestselling and Eisner-nominated creator, who has worked as a colorist for such iconic characters as Spider-Man, Batman, Wonder Woman, and Scott Pilgrim. He’s also co-creator, writer, and colorist of the graphic novel Lake of Fire. He started writing PAWS, his middie grade debut, as a way to share his passion for comics and storytelling with his daughter. Nathan lives with his family in Vancouver. You can follow him on Twitter and Instagram (@NathanFairbairn) and see more of his work at nathanfairbairn.com.

Michele Assarasakorn (also known as MSASSYK) is colorist who worked on comic series such as Eisner-nominated Isola, Gotham Academy, and The Magnificent Ms. Marvel. Originally from Bangkok, Thailand, Michele now calls Vancouver home but also likes to travel the world working remotely as an artist. PAWS marks her debut as an illustrator. You can follow her on Twitter and Instagram (@Msassyk) and see more of her work at msassyk.com.

PAWS: Gabby Gets It Together