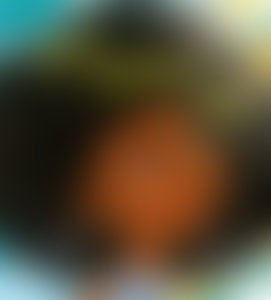 Jazmyn Simon is an actor, activist, and mother. Raised in northern California, Jazmyn began pursuing acting during college at the University of Nevada. She later moved to Chicago and joined improv troupe Second City. Jazmyn rose to fame on HBO’s hit dramedy “Ballers,” starring The Rock. On the big screen, she’s starred in Tyler Perry’s “Acrimony,” among many other films. Most recently, Jazmyn appeared in the Netflix series “Raising Dion,” which has been renewed for a second season. Jazmyn lives in L.A. with her husband, actor Dulé Hill, and their two children. This is her first book. Visit Jazmyn on Instagram @jazmynsimon.

Tamisha Anthony is a freelance illustrator for various clients, such as Macmillan Publishers, New York University, and Chronicle Books. She has been an educator for the past several years teaching at institutions such as the New-York Historical Society and the Harlem School of the Arts. Tamisha received her undergraduate degree in visual arts from Rice University and her master’s in computer art from the School of Visual Arts. She sells paper goods and products at Renegade Craft Fair and Artists & Fleas, and on Etsy under the name PuffedSleeves. This is her first book. Visit Tamisha online at tamishaanthony.com, on Twitter @tamishaanthony.com, and on Instagram @tamisha.anthony.