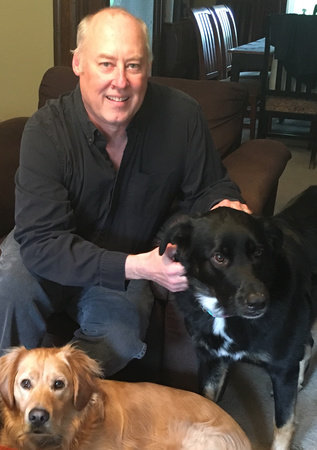 Stewart O’Nan is the author of numerous books, including West of Sunset, The Odds, Emily Alone, Snow Angels, Songs for the Missing, and A Prayer for the Dying. His 2007 novel, Last Night at the Lobster, was a national bestseller and a finalist for the Los Angeles Times Book Prize. He was born and raised in Pittsburgh, where he lives with his family.

At first glance, you wouldn't seem to have all that much in common with Emily Maxwell, the widow in her late seventies who is the main character of Emily, Alone. How does a novelist go about thinking his way into the experiences and consciousness of someone so different from himself?

I share a great deal with Emily, in that, having previously written a six hundred-page novel about her and her family, I know the people closest to her extremely well. I also know her neighbors intimately, and her social circle, the little town she comes from, her parents, her sorority sisters, her old roommate Jocelyn. Much of it comes from my own family life, and much from just keeping my eyes open and taking notes, but some also comes from active research, location scouting, extensive interviews with people Emily's age and in Emily's situation. It all goes in, but finally it has to be strained through Emily's sensibility, Emily's feel for life, and that can only be felt or sensed. What, naturally, would Emily see, and what language would she use to describe it?

Did you have a particular model or models for Emily?

When I did research for The Circus Fire, I did hundreds of interviews with survivors, most of whom were in their seventies and eighties. And when they invited me into their homes, they told me their stories not just about the fire but about their whole lives. That experience of looking back on life and appreciating where you are and how you got there comes from those survivors. In terms of personality, Emily shares much with my mother, my mother-in-law, my grandmothers, and my wife's grandmother.

You have been compared with the late John Updike. How do you respond to critical efforts to situate your work in relation to that of other well-known novelists?

Really—Updike? That's flattering, in that he was an amazingly talented and accomplished writer, but there's only one Updike, and his best books—the ones that will live on—are books only he was capable of writing. I hope that's true of my books too. I can't imagine anyone else even thinking about writing A Prayer for the Dying or Last Night at the Lobster or Snow Angels or A World Away.

If you'll allow another comparison, your evocation of Pittsburgh in Emily, Alone also reminded us of William Kennedy's Albany novels. What would you like readers who have never been there to understand about the Steel City?

Again, very flattering, though so far I've only written three or four books of Pittsburgh or western Pennsylvania fiction. I guess what I'd like readers to understand is that the worlds of Everyday People and Emily, Alone exist side by side, within blocks of each other, and that the world of Snow Angels exists maybe twenty minutes away.

How do you respond to the tag "regional novelist"? Do you consider it descriptively illuminating or limiting when applied to your recent work?

I'm not sure I represent any particular region, having written novels set in Oklahoma; nineteenth-century Wisconsin, Vietnam, and Ithaca; Alaska and the Hamptons and San Diego; inner-city Pittsburgh; upper-crust suburban Connecticut; rust-belt Connecticut; small town PA; Vermont and Ohio and upstate New York. Even though Emily, Alone is set in a great American city, I'd rather go with American provincial novelist. Lately I find myself interested in people and places that are normally overlooked, and in stories about endurance—just how people make it through the days.

Novels like Emily, Alone and your previous work with the same characters, Wish You Were Here, operate more through the patient building up of detail and elaboration of character than through fast-paced, hard-driving plot. As an artist, what do you regard as the risks of this kind of approach, and how do you respond to them?

The risk of going slow and not pumping up the plot or pace with sensational action or gaudy, overdone language is that you may lose the casual or even the jaded literary reader used to the beats of TV or movies or the flash of what used to be called purple prose. The reward is that, if they stick with it, patient readers may fall into a fully realized world that summons memories and emotions from their own lives, the two worlds—fictional and real—mingling in intimate ways they can't in more artificial, slam-bang plotted fiction. When I read a book, I'm hoping to be moved, and moved deeply, honestly, without being manipulated. So naturally I'm hoping I might provide readers with a similar experience.

Within the world of the novel, Ella is Emily's favorite grandchild. Is she yours as well?

I'm going to sound like a grandparent here, but I like all of them equally. And celebrate and worry about all of them, still.

Frankly, we never expected to read a novel with a chapter devoted to the heroine's dog's thyroid condition. Is it your novelistic philosophy that literally no detail is too small to merit artistic treatment?

As one might expect from a novel with an elderly protagonist, thoughts of death are always at least at the perimeter of Emily's consciousness. Did writing this novel bring you toward a more refined understanding of death and dying?

Death and dying are way too big to comprehend. Writing through Emily's eyes brought me closer to an understanding of having to say goodbye to everything you love, or once loved. Of a whole world passing, while you remain behind, and yet trying to hold on to some faith.

One of Emily's frustrations as a character is that the world of public culture no longer seems to respond to her interests and concerns. Her favorite classical radio station plays only the safe, predictable Vivaldi mix, Masterpiece Theatre has grown unrecognizably postmodern, and the Van Gogh exhibit at the local museum has been overrun by unruly nine-year-olds. What are your own thoughts about the way current American society packages and consumes culture?

I think my generation's been lucky in that the packaging and production of the pop culture we care about has gotten better and better, as well as more and more convenient, but of course we're the generation that the marketers cater to. Emily's generation doesn't care that you can find all the Velvet Underground bootlegs you could ever desire with a quick search, or that, come October, you can TiVo all of the Christopher Lee/Peter Cushing Hammer Dracula classics. But of course Emily's idea of culture is borrowed. Since she grew up poor in a small town, her great fear is that she'll appear unsophisticated, so she tends to prize those artists whose work somehow signifies to others her good taste.

Emily also feels alienated by politics in the age of W. and Obama. Do you think her feelings are an inevitable side effect of aging, or have we been witnessing a political game change of a profounder nature?

To Emily, the political discourse seems debased, and the two parties short-sighted. She's a moderate Republican, and so partyless in 2008. I don't think she's alienated from the state of U.S. politics because of age but because she really wants to believe that her candidate of choice will be a person of substance who will put forth and pursue a coherent platform of fiscal responsibility and (extremely mild) social progressivism. So she can believe in individualism (and American exceptionalism) as well as equal rights and equal pay for equal work.

You have intimated in other interviews that, for you as a writer, truth is a paramount concern. Yet the genre in which you express yourself is called fiction; by definition, it's not true. What, for you, is the nature of novelistic truth? How, if at all, does it differ from Truth?

An impossible question to answer, or maybe the whole novels are a form of answer. As a writer, I'm always interrogating the words I've written (because words can sound great but tell complete lies(, and I'm asking myself: Is that what the character would really do? Is that what the world is really like? Is that how life really feels?

We've talked to biographers who would like someday to try fiction so that they can finally be liberated from their necessary allegiance to fact. You have written nonfiction, both about a tragic circus fire and the 2004 Red Sox. When you write nonfiction, how does it feel to be freed from the conventions of fiction?

Nonfiction is way too confining, if you want to do it honestly. It's much more fun just being able to make stuff up. At this point I've written thirteen novels and two books of nonfiction. No matter what game you're playing, a 13 – 2 score is a pretty fair whupping.

Emily, Alone both begins and ends in medias res. Are we likely to hear more about the Maxwell family?

I never thought I'd return to them after Wish You Were Here, so I guess anything's possible.