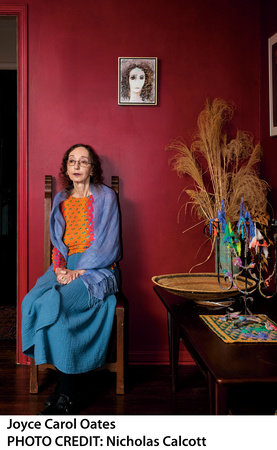 JOYCE CAROL OATES is a recipient of the National Humanities Medal, the National Book Critics Circle Ivan Sandrof Life Achievement Award, the National Book Award, and the 2019 Jerusalem Prize for Lifetime Achievement, and has been nominated several times for the Pulitzer Prize. She has written some of the most enduring fiction of our time, including the national best sellers We Were the Mulvaneys; Blonde; and the New York Times best seller The Falls, which won the 2005 Prix Femina. In 2020 she was awarded the Cino Del Duca World Prize for Literature. She is the Roger S. Berlind ’52 Distinguished Professor of the Humanities emerita at Princeton University and has been a member of the American Academy of Arts and Letters since 1978.

What You Wish For

Triumph of the Spider Monkey

Delatora / My Life as a Rat