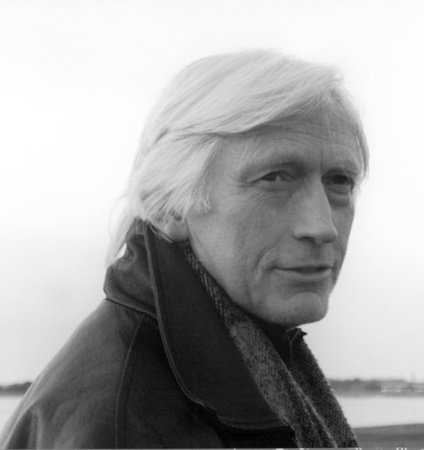 Europe, 1945. For the first time the true extent and scale of Nazi Germany’s unprecedented evil comes to light. The world reels from the horror. As the Nazi leaders are killed, commit suicide or are captured, Allied army interrogations of the survivors reveal the true nature of the enemy. Here, Richard Overy explains why these are essential in understanding the Third Reich.

Why did you decide that it was important the general public saw the transcripts of the Allied interrogations of the Nazis?
The interrogations of German leaders in the summer of 1945 gives a remarkable insight into the minds of men who only months before had enjoyed high office in Hitler’s Reich. There has never been another case where the military and civilian leaders of a major power have been captured and questioned so closely. Most interrogations have never been published, many not even looked at by historians. On many issues, but particularly on the nature of Hitler’s rule, on the waging of war, and on genocide and terror, the interrogations reveal a great deal. The transcripts give readers an insight into the Third Reich that is immediate and compelling.

What were the main difficulties facing the Allied interrogators?
The interrogators faced numerous problems. Not only were the prisoners in front of them often reluctant to admit anything self-evidently criminal, but some sank into a state of semi-amnesia. There were other, more practical difficulties. The interrogations were usually conducted with an interpreter and a stenographer, which slowed the whole process of questioning down to a crawl. Above all the interrogators, who were mostly New York trial lawyers, knew not a great deal about the structure and operation of the Third Reich. They learned fast, but it was often difficult to follow up a line of questioning where the interrogator simply did not know enough. A great deal of learning had to be done on the job.

What do you think is the most remarkable revelation coming out of the transcripts?
The most remarkable revelation came from the interrogation of a junior Gestapo official, Dieter Wisliceny, who told his interrogator about the document ordering the extermination of the Jews. He was shown the document by Adolf Eichmann in the spring of 1942, but it has since disappeared. He recalled that it was an order from Himmler, following a directive from Hitler himself, authorising a programme of physical annihilation of the Jews of Europe. Wisliceny told his interrogator:’I realized this meant the death warrant for millions of people’.

The Nazis reacted to being interrogated in very different ways. Do you think we can learn anything about human nature because of them?
The interrogations highlighted the very great personality differences among the cohort of major war criminals. They generally behaved like any group of men accused of monstrous crimes for which they would like to avoid responsibility. Some broke down entirely, like Foreign Minister Ribbentrop, who could remember almost nothing and would admit to nothing other than being Foreign Minister. Others reacted fiercely to the very idea that they were criminals. The shame pushed Robert Ley, head of the giant Nazi labour corporation, to commit suicide in his cell. Others, like Albert Speer, armaments minister and Hitler’s favourite architect, hoped to curry favour by co-operating as fully as possible, while denying actual personal complicity with crime. Only Hermann Goering openly and defiantly admitted almost everything he was asked about. He retained a tough nationalist outlook, and saw nothing wrong in war to rectify German grievances, or in race discrimination, or in the authoritarian and terroristic practices of the regime. His willingness to admit responsibility singled him out from all the others, and brought a grudging respect from the prosecutors and the guards.

Can we draw any comparisons between post-war and present-day investigations of war crimes?
The post-war crimes trials proved to be trailblazers for the wave of trials begun in the 1990s and still active in the new court at the Hague. Much was learned in 1945. New crimes had to be classified and defined, particularly crimes against humanity, which laid the basis for the UN Declaration of Human Rights and the special provisions against genocide, which have been invoked in the case of Bosnia and Rwanda. The attempt in 1945 to discover from the evidence and interrogations a systematic, orchestrated conspiracy to wage war and commit atrocity proved almost impossible, and threw doubt on the legitimacy of the trial. More recent cases have focused on particular crimes and identifiable orders, though even here so many documents and witnesses are missing that circumstantial evidence and a presumption of guilt have compromised normal judicial procedure as they did in 1945 at Nuremberg. In all cases trials have a strong political flavour. The decision not to have trials in South Africa in 1994 was a recognition that reconciliation may be easier without public justice.

What are you working on at the moment?
After Interrogations I am writing a book comparing the Hitler and Stalin dictatorships. This will explore both differences and similarities, and really asks the questions: how did popular, terroristic dictatorships with a mass base of support emerge in Europe after 1919, and what were the organisational and social dynamics that kept the dictatorships going? It is not an attempt to argue that one was ‘better’ than the other, or that they were both as bad as each other. What we need to know is how and why they operated the way they did, and not pass easy moral judgements on the atrocious things both regimes did.

What are you currently reading for pleasure?
I have just finished reading Helen Dunmore’s The Siege, which is an excellent and evocative novel set in the siege of Leningrad. I am now finishing Anatoly Platonov’s Happy Moscow, a surreal novel of 1930s Russia, and re-reading reading Italo Calvino’s haunting evocation of the urban in Invisible Cities.