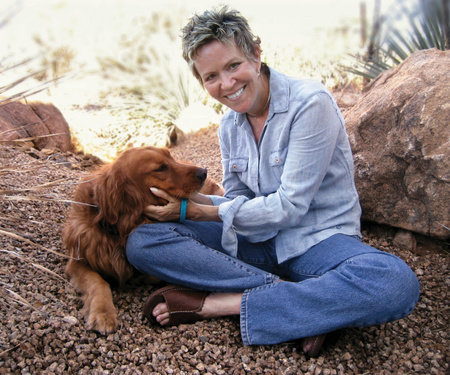 Barbara Park was best-known as the creator and author of the New York Times bestselling Junie B. Jones series, the stories of an outrageously funny kindergartener that have kept kids (and their grownups) laughing—and reading—for over two decades. The series was consistently a #1 New York Times bestseller, spending over 180 weeks on the list, and Barbara and her books were profiled in such national outlets as Time, Newsweek, USA Today, the New York Times, and Today. Barbara Park arrived at the writing profession through an indirect route. Before becoming a bestselling and beloved children’s author, she originally intended to teach high school history and political science. She got her secondary education degree but quickly realized that her calling was to be a writer.  After several rejections, Alfred A. Knopf Books for Young Readers acquired her first manuscript, Operation: Dump the Chump and two others. Don’t Make Me Smile was published first in 1981, followed by Operation: Dump the Chump (1982) and Skinnybones (1982).    She went on to write over 50 books, from the picture book Ma! There’s Nothing to Do Here!, a love letter to her grandson, to middle grade novels such as Skinnybones, The Kid in the Red Jacket, Mick Harte Was Here, and The Graduation of Jake Moon. Barbara won more than 40 children’s book awards, including several Children’s Choice Awards.  Barbara Park was born in Mount Holly, New Jersey, on April 21, 1947, and spent most of her adult life in Arizona. There she, with her husband, Richard, raised her two sons and spent time with her two young grandsons. Park died on November 15, 2013 after fighting ovarian cancer heroically for seven and a half years.

I think it’s time that I set the record straight. Ever since I began writing my Junie B. Jones series, people have been assuming that the character is based on me when I was a little girl. The fact is, though, that Junie B. and I have very little in common. For one thing, Junie B. gets sent to the principal’s office when she’s only in kindergarten, while I didn’t get sent until I was well into first grade.

It’ s also clear from the series that Junie B. has a hard time controlling her behavior in the classroom. When I was a student, I was never a behavioral problem. Blurting out amusing comments whenever they occurred to me was simply my way of trying to make the day a happier one for my classmates.

I grew up in the small town of Mt. Holly, New Jersey. Unlike many authors I’ve met, I wasn’t much of a reader (or writer) when I was little. Instead, I arrived at the writing profession through an alternate route. My senior year of high school, I was voted ‘Wittiest.’ So several years later, I decided to try my hand at writing humor and see if I could be witty enough to make some money.

The first children’s novel I ever wrote was a story called Operation: Dump the Chump. I knew right away that this was the job for me. By writing humor for kids, I could pretend to be a grown-up and still blurt out funny stuff for the whole class to hear.

Since then I’ve been lucky enough to have published lots more books. These include a picture book called Psssst! It’s Me . . . The Bogeyman; an ever-growing array of Junie B. Jones books; and a number of middle-grade novels, including The Graduation of Jake Moon. Of all the novels I have written, my favorite is Mick Harte Was Here. The story is a sad one, so the challenge was to find ways in which to introduce enough humor to make it balanced and readable. Although I don’ t normally consider myself a ‘message writer,’ I hope with all my heart that this story will help readers understand the critical difference wearing a bike helmet can make in their lives.

Like all the characters I create, I tried to bless Mick and Phoebe Harte with all the silly, wonderful, and exasperating imperfections that make us human. Occasionally, I’ll receive a letter from an adult scolding me for creating characters who make mistakes. But until I meet a perfect person, I will happily continue to write about the richly flawed, wonderfully imperfect kind that I know (and love) so well.

I am extremely honored that over the years my books have received so many Children’s Choice and Parents’ Choice awards. It makes me smile to know that my work is being enjoyed by kids and grown-ups alike. I really don’t think I could love my job more.