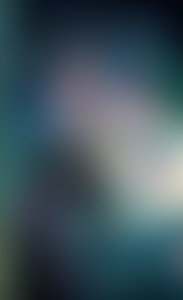 Rift in the Soul

Of Claws and Fangs

Spells for the Dead

I've always been intrigued by five things—secrets, the end of the world, martial arts, jewelry, and sex—though not necessarily in that order!

Regarding secrets, I especially like the ones we hide from the people closest to us, the ones we love the most. In the case of the cataclysmic end of modern civilization, I want to know who might survive, what the fate of humanity might be. Fighting? Well, every woman should be able to defend herself, and if the end of the world comes, that skill would be of paramount importance! Jewelry—I make my own having fallen in love with it while researching this book. Sex? Ahem...you'll have to read the series to see.

I put all these interests, in equal measure, into the Rogue Mage series about neomage Thorn St. Croix.

Every culture has its own version of ultimate catastrophe, from the feared nuclear winter of the Cold War, to the great flood, to the doomsday date on the Mayan calendar. For the Rogue Mage series, I took a version of the apocalypse from the Revelation of John, placed it in a modern, technological age, and gave it a big twist—magic. Yeah. Demons, dragons, angels, death and destruction, shotguns, atomic and nuclear weaponry, computers and the Internet, and magic! Oh—and...some humans who survive the end of the world as we know it, only to find that their offspring might be dangerous magic-wielders.

BloodRing, set in a post-apocalyptic world, introduces Thorn St. Croix—stone-mage, battle-mage, jewelry maker, and mage in hiding. When her human ex-husband, Lucas Stanhope, is attacked and kidnapped, Ciana (her stepchild, Lucas's daughter) asks Thorn to find and save him. Thorn agrees, but the search may reveal her to the authorities, and result in her arrest by the Administration of the ArchSeraph or the high Host of the Seraphim. A gruesome death would follow either scenario.

Her secret? Thorn is an unlicensed mage, hiding among humans in the town of Mineral City, and has been fooling them all into thinking her human for a decade. They would never forgive her deceit.

Into the mix comes Thaddeus Bartholomew, a half-seraph cop, who stimulates Thorn's sexual needs, and whose presence in the town puts her in further jeopardy. He wants to know what happened to Lucas. Thorn is drawn to him despite the danger he represents.

One of the biggest motivators of all characters is—how far will we go down a dangerous road, if the ones we love require our sacrifice to live? Thorn St. Croix is a feisty, funny, partially trained mage-warrior, master jewelry maker, stone cutter, sculptor, and an unlicensed neomage living in the human world. How far will Thorn go to save the ones she loves?

When I was writing Thorn's story, I was finally getting the chance to write what I loved—strong women facing danger and overcoming all expectations! I hope you like it well as I have!

To see a free, short vignette about Thorn's early, teen years, and to read the first chapter of BloodRing, Seraphs, and Host, go to www.faithhunter.net