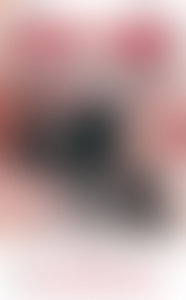 GREG COX is The New York Times bestselling author of numerous books and short stories. Besides the novelizations of 52 and INFINITE CRISIS, he has also written books and stories based on such popular series as ALIAS, BATMAN, BUFFY, DAREDEVIL, FARSCAPE, GHOST RIDER, IRON MAN, ROSWELL, SPIDER-MAN, STAR TREK, UNDERWORLD, XENA, X-MEN, and ZORRO.

War for the Planet of the Apes: Official Movie Novelization

When writing a movie novelization, the hardest part is fleshing out a hundred-page movie script into a full-length novel. But when I sat down to write a novelization of a fifty-two part comic book series, I had the opposite problem. How could I boil a story this size down to a 360-page novel? Especially since the comic book series spanned the entire DC Universe and featured literally dozens of colorful heroes and villains. Who should the novel focus on?

I had so many great characters to choose from: The Question, Booster Gold, Supernova, Black Adam, Captain Marvel, the Justice Society of America, an entire island of mad scientists, and even a brand-new Batwoman.

In the end, I concentrated on Metropolis and Gotham City, the two cities that would feel the absence of Superman and Batman the hardest, as well as on the fictional Middle Eastern kingdom of Kahndaq, where the gods of ancient Egypt give birth to a new sort of “Wonder Woman,” Isis.

“52: The novel” is more streamlined than the original comic book series, but I like to think it still captures one momentous year in the amazing world of DC Comics.