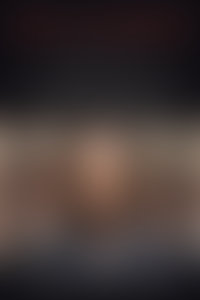 Letters to an Incarcerated Brother

Letters to a Young Sister

Letters to a Young Brother

Your book, The Conversation, addresses the tumultuous relationships between men and women in the African American community. What do you feel is the community's biggest problem regarding the lack of long-lasting relationships?

I think our biggest problem is lack of real communication. A lot of men talk amongst men and a lot of women speak amongst women but to really solve the issues, we have to start speaking to each other and I'm finding through all the research I did, although men and women talk cross gender, they don't really communicate.

Why should people read your book? What do you feel you have to offer others as a single, non-married man?

Part of the book is speaking about my own journey and asking if I am actually a part of the problem as a single man. So it's a self-exploration and then it broadens out as I interview others and include their views to hopefully start the conversation. The Conversation will hopefully touch on issues that will move people to want to continue the conversation and look to each other for solutions. I think a lot of relationship books are written from the standpoint of "Here are the rules: if you do this, or follow this rule you can get a man." But it is not really answering "What is the root of the problem of what is going on?"

What can African American men and women do to remedy what you call a "crisis in their community"?

We have to stop the finger-pointing and blame and coming up with these General edicts, the "he said, she said." For instance, "There are no good black men out there" or "All black men are players" or "Black women are negative or too independent" or “Black women are gold diggers.”

All of these general and very hurtful comments that lump people into categories have been very destructive in our community. I think that in many ways is what caused the fracture in communication between black men and black women, to the extent that I didn't see a whole lot of instances where black men and black women were talking about friendship and friendships that have crossed gender.

Do you feel that African American men and women need to be friends first?

Attraction, Friendship, Intimacy. AFI. There are a lot of different issues that are specific to our community and some are general male/female issues. I feel, to have healthy relationships, the train should go attraction, friendship, intimacy. But what happens, is many men and women—not just black men and black women—go from A to I and then try to deal with the F later on. So attraction, friendship, intimacy would be the best way to go and obviously that's not anything new or groundbreaking but it came up so often in my interviews for the book!

What model couples do you admire?

I speak about the issues and challenges around their relationship, because if you look at the history there was a lot of "dating potential" going on. You know, a lot of the people I spoke to said that they only wanted to date someone who had arrived already or is their "equal" and that was not the case with the Obama's.

What can the Obama's show us about status versus potential?

Well they can show us that when you look beyond what individual notions of what makes a partnership and really look at the potential of growth. You will learn that relationships are going to continuously change as people grow and change.

So it's really about looking more for the growth and potential than looking at where someone is right at that moment. People don't necessarily look beyond the present that and I found that in many cases women say, "If he's not on my level then I'm not interested. He has to be on my level or above."

Certainly President Obama was nowhere near Michelle's level when they first got together. She was way ahead of him in so many ways and she was also the principle bread winner for the family for the first several years of the relationship. A number of women told me that they would not put themselves in that situation and a number of women that I spoke to for the book would have taken a pass on dating the President.

But it's important to remember that if not for the partnership, he wouldn't be President. There's a power in partners that really reinforces a family and marriage. When you look at all the data, people who are in partnerships tend to be happier, they tend to be more successful, they tend to have less stress overall.

You mention what women say about status and potential. What about men? Some of them are happily married!

Happily married men don't talk about the good things about marriage, but then the unhappy men are ranting and raving. It is almost as if within male circles it's cool to talk about how controlling your wife is—how she doesn't let you do anything. But if you really broke these guys down and asked them, would they prefer to be married or not, they would actually say, "I would prefer to be married, I just complain and rant."

And so when a lot of single men hear ranting against marriage, they're getting misinformation from married men when a lot of the married men are happily married. Part of what I want to show in the book is: we as men need to be talking about the value of, and how great marriage and partnership is for us as much as even though it may not seem cool to do, so that we're actually creating the proper incentives for each other.

So what do you think a good way to start the conversation is without it being too heavy?

I think the great way is to first of all create scenarios and do things that are fun and enjoyable and let the conversation evolve from that place, like go out. The conversation doesn't have to be two people sitting looking at each other in an office or in their living room. Find a space where the conversation can be fun. It doesn't have to just be one on one. It can also be groups of people talking about pros and cons.

For example, I mention in the book that we were having a "conversation party". We invite different people—married, singles, everyone—to come out, hang out, have drinks and make a party of it and people put questions anonymously in a hat and we talk about those issues.

Also, be willing to be vulnerable, have the courage to ask questions that you really want answered too, and avoid self-editing.

How do you see the African-American community changing over the next few years in terms of relationships?

Only 30% of African-American children are being raised in 2-parent households. Once we put a stop to this climb on the increase in single-parent households, we can see relationships changing. At least we know we're attempting a partner and then that's the beginning.

The more conversations, the more friendships and lasting relationships can result.

How do women and men's rules about dating in relationships get in their way and what can they do to overcome these rules?

Oftentimes I found in researching the book that the first few minutes of an interview I would hear people say what they think society would want them to say and then I found that if I interviewed them a second or third time, once there was a level of familiarity, they would start saying, "Well, actually what I said early isn't really true. I don't really want that. What I really want is this…;" it's really looking at yourself in the mirror and being honest about what you want. This is the fundamental truth, not just about relationships. It's making sure you're not living someone else's life.

Too many of us end up living someone else's life rather than our own and I think that is very sad. It takes courage to truly live your own life, but it's wonderful when you do.

I always say: "I would rather spend one day living my life than a lifetime of living someone else's."