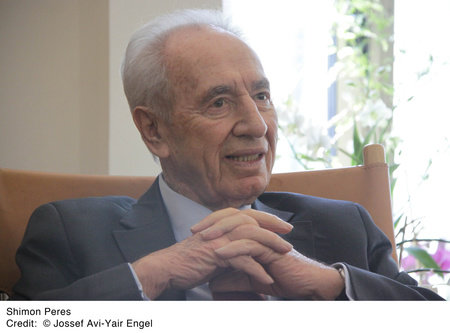 Shimon Peres was president of the State of Israel from 2007 to 2014. In 1947, at David Ben-Gurion’s request, he was recruited by the Haganah, and he was appointed head of naval services in 1948. Over a long and distinguished political career, he held numerous cabinet-level positions, including foreign minister and defense minister, and served two terms as prime minister. One of the architects of the Oslo Accords, he was awarded the Nobel Peace Prize in 1994. Mr. Peres died in 2016.

David Landau was editor in chief of the Israeli newspaper Haaretz from 2004 to 2008. Before joining Haaretz in 1997, Landau was the diplomatic correspondent and managing editor of The Jerusalem Post. He is the author of Piety and Power: The World of Jewish Fundamentalism and worked with Shimon Peres on his memoir, Battling for Peace. Mr. Landau died in 2015.