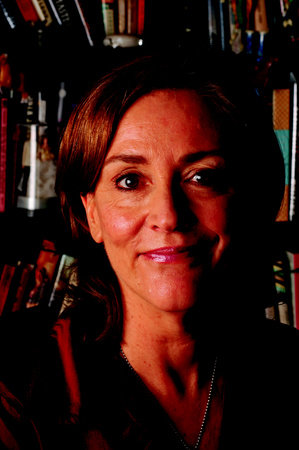 Sarah Bird, winner of the 2014 Texas Writer Award, is the author of The Yokota Officers Club and eight other novels. She grew up on air force bases around the world and now makes her home in Austin, Texas. She is a columnist for Texas Monthly and has contributed to other magazines, including O, The Oprah Magazine; The New York Times Magazine; Salon; and Real Simple.

How Perfect is That

Dancing to My Own Beat

The one subject I always knew I wanted to write about was an obsessive love affair I had that began when I was sixteen and fell in love at ﬁrst sight with a deliriously handsome young man and remained so for the next seven years of our on-again, off-again romance. For years, I tried to capture this experience on paper, but it always came out as a suburban melodrama, until I put it in the world of ﬂamenco.

Here’s the story of how I ﬁrst discovered el arte. When I was twenty and living with Beloved, I walked in on him in bed with a friend. Realizing that I had to put at least an ocean between us or I would never break free, I went to Europe. So, dazed and heartbroken, I hitchhiked and Eurailed for a year and a half. During that time I found a job as a tour guide in a botanical garden owned by white Russian ŽmigrŽs on Spain’s Costa Brava. One very late night, very early morning, in a tiny club outside of Barcelona, I saw an astonishing performance of what I would learn later was ﬂamenco.

Flamenco was the ﬁrst materialization I’d witnessed that mirrored my tumultuous inner landscape. Decades later, as I was struggling to make a novel convey the experience of obsessive love, I recalled that night. The passion and intensity of ﬂamenco, its insistence upon revealing the unrevealable, ﬁt the emotional truth of the story I wanted to tell.

I began a fumbling, stumbling study of ﬂamenco and quickly discovered how dauntingly vast and impenetrably arcane the subject is. I live in Austin, Texas; not exactly a hotbed of ﬂamenco activity. I was despairing of ever cracking the ﬂamenco code when I learned that my alma mater, the University of New Mexico, was becoming the academic center of ﬂamenco, that each summer the UNM ﬂamenco program hosted a festival that drew every ﬂamenco star in the world.

To kick off my research, I wrote an article for Oprah’s magazine about being a fumble-footed, middle-aged matron trying to get my ﬂamenco groove on. The “beginners” class I took was ﬁlled with professional dancers, owners of dance studios, and teachers, so it was hardly the beginning I needed. Interestingly, because of the response to the article generated, the festival has added a true beginner’s class which, I hear, is an uproarious amount of fun. Hard as they were, it was only through submerging myself in classes and performances that I began to understand a bit about this art that reveals itself in the moment of performance.

The University of New Mexico’s vibrant ﬂamenco scene was a gift from the universe not only in terms of research but also in providing a setting for my young protagonists. Exactly the same setting where, thirty years earlier, I’d enacted my own drama. Flamenco’s other great gift to me is that, as one of my characters puts it, “Flamenco is OCD with a beat.” Flamenco dancers, guitarists, and singers are obsessive and do become compulsive about their art.

Possibly best of all is that ﬂamenco demands the same sort of transformation that my obsessive love affair did. My heroine, Rae, goes through the ﬂamenco dance program in order to transform herself into someone that Tom‡s, the object of her adoration, will fall in love with.

If I had known how complicated el arte is, I’m not certain that I would have chosen this world. I chose ﬂamenco thinking that it was the embodiment of wild, anarchic abandonment built on unstructured improvisational outpourings, but learned that it is as strictly regimented as haiku. Every stomp of a foot, every strum of the guitar, must fall precisely within a certain rhythmic pattern called el comp‡s and that there are probably ﬁfty different styles, or palos. The other daunting fact that I learned about ﬂamenco is that it is an insider’ s art. Experts, aﬁcionados, and buffs abound and they all have very strict ideas about what is and is not ﬂamenco puro.

For me to understand ﬂamenco well enough to write about it required colossal, titanic, gargantuan amounts of research. I did all the live stuff in New Mexico, took classes, sat in on lectures, interviewed performers, and watched the world’s best dancers, singers, and guitarists.
Speaking of guitarists, I have to send a shout-out to the one person most responsible for whatever understanding I have of ﬂamenco, John
“Juanito” Truitt. Once I decided to attend the ﬂamenco festival and take classes, I knew I would need something to keep my then thirteen-year-old son, Gabriel, occupied. He’d been studying guitar, so I signed him up for a beginners ﬂamenco class. In the most amazing and necessary of coincidences, his teacher turned out to be an old friend of mine from high school, John Truitt, who generously allowed me to audit his class. I already knew that John is a lovely human being but quickly discovered that he is a brilliant musician and, possibly, the best teacher I’ve ever witnessed. He electriﬁed and elucidated me and the entire class.

During long conversations, John shared the history of ﬂamenco within New Mexico and helped me understand how a guitarist and dancer work together. Best of all, he taught Gabriel the rhythm structures so that later, back in Austin, he could break them down for his old ma.
Some of the other guitarists that I mentioned in my Acknowledgments shared both technical information and stories from their own lives about romances with ﬁery Gypsy dancers and the intricate hierarchy of the ﬂamenco world.

I’ve been asked repeatedly if I went to Spain. No, Spain would not have helped unless I could have visited in a time machine. The parts of the novel that are set in Spain take place from, roughly, 1920 until the end of the Spanish Civil War. Though, if I did have that time machine, I would return to the Golden Age of Flamenco, around the turn of the last century when ﬂamenco ﬂowered in the cafŽs cantantes, the singing cafŽs, of Andalusia. That period entrances me. Maybe it’s the gaslight.

Writing about ﬂamenco, imagining all the insiders picking my work apart, was extremely intimidating. At the times, though, when I could manage to stop worrying about those battalions of experts and sort of channel the years of research, it was exhilarating to feel that, perhaps, I was putting on the page a distillation of both ﬂamenco and obsessive love.

The other great challenge that this novel presented was ﬁnding the right voice to tell a story of an overwhelming ﬁrst love affair. My default voice verges on the comic, so that is the mode I was originally in when I wrote the ﬁrst draft. But it just absolutely did not work. I love humor. I love writing it, I love reading it, but a novel about obsessive love is not the place for it. Humor is a distancing mechanism. Mostly a good one, it lets us detach enough that we can talk about tragedy and taboos, fears and failings. But I could not have distance or detachment in this novel.

Maybe that’s the reason that I would say that The Flamenco Academy is both my most autobiographical book and the least. The most in the sense that I reveal the utter irrationality and humiliating self-annihilation of my own obsessive love affair. The least in that none of the particulars of the love story correspond to my own other than that they both took place in New Mexico. Like most people, I have a semi-mythological relationship with the place where I came of age. In my case, it was along a fairly funky strip of Route 66. So, it was great fun for me to mythologize some of the landmarks from my teen years: the Aztec Motel, De Anza coffee shop, Pup ’n’Taco drive-through, my high school just a few blocks off the main drag, Frontier Restaurant, the divey motels that were the sites of many a teen bacchanal. And, like Rae, my protagonist, I ate a lot of chili cheeseburgers at the Frontier Restaurant!