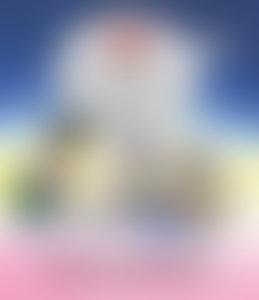 Caldecott-medalist Peggy Rathmann was born in St. Paul, Minnesota, and grew up in the suburbs with two brothers and two sisters. Ms. Rathmann graduated from Mounds View High School in New Brighton, Minnesota, then attended colleges everywhere, changing her major repeatedly. She eventually earned a BA in psychology from the University of Minnesota. Ms. Rathmann studied commercial art at the American Academy of Art in Chicago, fine art at the Atelier Lack in Minneapolis, and children’s-book writing and illustration at the Otis College of Art and Design in Los Angeles. The resulting book, Ruby the Copycat, earned Ms. Rathmann the “Most Promising New Author” distinction in Publishers Weekly‘s 1991 annual Cuffie Awards. In 1992 she illustrated Bootsie Barker Bites for Barbara Bottner, her teacher at Otis. A homework assignment produced an almost wordless story, Good Night, Gorilla, inspired by a childhood memory. That story, however, was only 19 pages long, and everyone agreed that the ending was a dud. Two years and ten endings later, Good Night, Gorilla was published and recognized as an ALA Notable Children’s Book for 1994. The recipient of the 1996 Caldecott Medal, Officer Buckle and Gloria, is the story of a school safety officer upstaged by his canine partner. Ms. Rathmann lives and works in San Francisco, in an apartment she shares with her husband, John Wick, and a very funny bunch of ants.

The Day the Babies Crawled Away