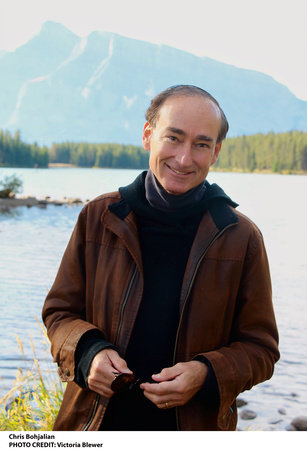 CHRIS BOHJALIAN is the #1 New York Times best-selling author of twenty-two books, including The Red Lotus, Midwives, and The Flight Attendant, which is an HBO Max limited series starring Kaley Cuoco. His other books include The Guest Room; Close Your Eyes, Hold Hands; The Sandcastle Girls; Skeletons at the Feast; and The Double Bind. His novels Secrets of Eden, Midwives, and Past the Bleachers were made into movies, and his work has been translated into more than thirty-five languages. He is also a playwright (Wingspan and Midwives). He lives in Vermont and can be found at chrisbohjalian.com or on Facebook, Instagram, Twitter, Litsy, and Goodreads, @chrisbohjalian.

Hour of the Witch

Inside the Book: Chris Bohjalian (THE RED LOTUS)

Sometimes, the prophets will trot out the specifics of gloom and doom: The end of leisure, and the way the Internet and the VCR have commandeered what little time a person has left to read; the statistics that show the paltry numbers of adults who ever buy books; or the figures that suggest the vast majority of us haven’t the slightest idea what the insides of our local libraries looks like.

Yet the current renaissance in reading groups seems to me to be a wondrous indication that serious books are not in serious trouble at all. Book groups have reminded us all of a fact we try and teach our preschool and elementary school children all the time, but as grownups we all too often tend to forget: Reading is meant to be fun. It is capable of evoking from us the same conversational enthusiasm as movies and music and stage plays, if we only give the notion a chance.

In the last decade, people across the country who understand this have been joining reading groups with the fervor we once reserved largely for health clubs and spinning classes. There they have talked about fictional geishas and midwives as if these characters were their flesh and blood neighbors, and empathized with a make-believe girl whose family is unraveling but whose mind, when it comes to spelling, is more crisp than a computer spell-check.

This is not a "bookish" abstention from life; rather, it’s an appreciation that among the myriad pleasures an adult can discover is the truly wondrous and uncomplicated joy that can be derived from reading a good book and then sharing that enchantment with others.

In the last year, I have been mightily impressed by the inspired creativity that has marked the book groups I’ve visited that read Trans-Sister Radio. One group had a dinner party in which the entire meal was comprised of the actual foods referenced or prepared by the novel’s fictional transsexual, Dana Stevens: Walnut and beer bread, a pear and fruit salad mache, a white chocolate mouuse. At another event, prior to arriving the participants agreed to write down a moment in their lives when they had wondered–really and truly wondered–what it would be like to be the opposite gender. At their meeting, they shuffled the papers together in a canvas bag and then shared them anonymously.

Though these people were strangers to me when we met, we realized quickly we had much more in common than the fact that I had written a book that they had happened to read.

Over the years, I’ve been to book groups where the readers brought in actual midwives, a homeopath one time, the state medical examiner, and, yes, a dowser. At the state of Vermont’s annual "Judicial College," I once attended a book group comprised entirely of judges who were debating, very specifically, "Evidentiary proceedings in the trial of Sibyl Danforth, Midwife."

Likewise, I’ve been to book groups where the readers alone provided all the energy necessary to make for a zealous discussion. Think, for one moment, of the fire you see in the eyes of readers on television–real people like you and me–who are literally on the edge of their couches and chairs while debating the latest selection of Oprah’s Book Club®.

The truth is, I have savored almost every reading group I have attended–even those where there were readers present who had a visceral dislike for one of my novels, and felt sufficiently comfortable with me to make that point clear.

I think this is the great gift of reading groups: They bring people together as a community, help us to discover our commonalities and understand our differences, while offering us a delight that is decadent.

The reality is there is something sensual about books, and on an important level our culture still understands this.

What we put on our shelves in our homes and what we choose to discuss in a reading group is as much a means of defining who we are as the clothing we put on our backs or the music we listen to on our headsets. When we recall what we read as children and teenagers (in my case, Johnny Tremain and April Morning and, yes, The Catcher in the Rye) we don’t merely remember the plot or the dialogue: We remember who we were, where we were, and, perhaps, the state of our families and friends when we first cracked the book’s spine.

I can turn around in the chair in the room in my house in which I write, glance at the books on those shelves, and see clearly in my mind where I was when I read so many of them. Henry Roth’s Call It Sleep is the snack bar at Smith College–where my wife went to school when we were merely boyfriend and girlfriend–and the smell of the onions the cooks there placed on the hamburgers. Julia Alvarez’s How the Garcia Girls Lost Their Accents is my living room in the middle of the night a few days before Christmas, and my four-week-old daughter is, finally, asleep in my arms.

My friend, Roger Shattuck, a literary critic and theorist, once told me that although he was able to clean off the mildew that permeated the books he had with him when he was stationed in New Guinea in the Second World War, they still have their distinctive smell and that aroma always bring him back to the jungle.

Imagine: A small kinship of readers who celebrate the excitement of books, and the way that passion grows when it is shared. This is, in essence, what a reading group offers, and one of the reasons why more and more people are giving themselves license to revel, once again, in a book.